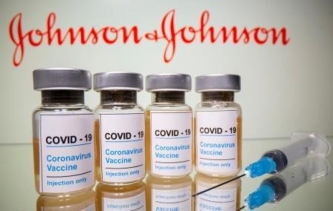 April 13, 2021 (San Diego) – San Diego County today announced that it will immediately pause use of the Johnson & Johnson COVID-19 vaccine “out of an abundance of caution.”

The county’s action comes after the U.S. Centers for Disease Control and the Calif. Dept. of Public Health advised pausing the vaccine after six women between ages 16 and 48 developed a rare, severe type of blood clot called cerebral venous sinus thrombosis which can cause stroke-like illness, NPR reports.  The clots occurred one to two weeks after receiving the vaccine.

Over 6.8 million doses of the Johnson & Johnson vaccine have been administered in the U.S., so the serious clotting complication appears to have occurred in approximately one in a million cases.

The other two vaccines authorized in the U.S., made by  Pfizer and Moderna, have not been linked to any blood clotting cases after tens of millions of doses in the U.S. and over 180 million doses worldwide. Pfizer and Moderna vaccines rely on mRNA, unlike the Johnson and Johnson vaccines.

No clots have been reported among the 58,000 people who received the Johnson & Johnson vaccine in San Diego County, according to County Health and Human Services. If you have received the vaccine and develop severe headache, abdominal pain, leg pain, or shortness of breath, you should contact your health care provider and seek immediate medical treatment, county health officials advise, adding that area residents not yet vaccinated should get the Pfizer or Moderna vaccine instead.

The Johnson & Johnson vaccine, like the AstraZenaca vaccine used in Europe, is an adenoviral vaccine. AstraZenica’s vaccine has sparked concerns and been discontinued in some areas after 222 suspected cases of dangerous blood clots and low platelet counts, including over 30 deaths, occurred after the first AstraZeneca vaccine.

Anyone who received the J&J vaccine and develops the clotting condition along with low blood platelets should not receive standard treatment with the blood thinner Heparin, because this can cause “tremendous harm” according to Dr. Peter Marks, Food and Drug Administration director.

Halting of the Johnson and Johnson vaccine will likely slow the availability of vaccines in California and locally in San Diego  However Governor Gavin Newsom said the delay will not hamper the staste's plan to reopen its economy on June 15.

The County Health and Human Services Dept. announced the pause on Twitter this morning, adding that more information will be provided later today.