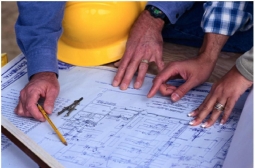 On Saturday, February 21 at 9:00 a.m. the County will hold its second public workshop on a controversial clause in the General Plan that limits “leapfrog development.” The County Planning & Development staff is seeking to abandon the current limitation and are seeking an “equivalent” standard. Location of the workshop will be 5500 Overland Avenue, Room 120 at the County Operations Center (on Kearney Mesa in San Diego).

Lasting two hours, the agenda is identical to one held Wednesday, February 11, where opposition was raised to any change, by many of the rural Community and Sponsor Group members who attended.

The current General Plan replaced one over 30 years old.  It controls land use, housing density and zoning across the unincorporated (non-city) area.  Curbing travel and greenhouse gas production in response to State mandates was one goal.  Another was to lessen the demand for an extensive network of new County roads.  Farmland was to be retained in agriculture instead of paving it over for suburban commuters.

It was designed to serve as a brake on scattered “leapfrog development” by concentrating growth in and near country towns and next to cities, where public transit is available, along with sewers and other infrastructure.

This allows more compact development without extending miles of public utilities, which would ultimately increase the cost of housing. Law enforcement and fire protection would answer calls more quickly, and residents would not face long commutes to jobs, schools, and shopping.

An exception to leapfrog development was allowed, however, for “new villages that are designed to be consistent with the Community Development Model [and] that provide necessary services and facilities.”

The “leapfrog exception” came with a decidedly limiting factor: “new villages” would have to be designed to meet the professional standards of “LEED – Neighborhood Development Certification or an equivalent.”  Among other demands, “LEED-ND,” as it’s known, requires contiguity to a city or established country town or be in-fill, and connectivity to roads and transport sources.

It’s “LEED Neighborhood Development,” not “LEED – Build a City in the Wilderness.”

LEED-ND requires housing built to “urban densities” – greater than 7 units to the acre - for efficient, compact use land.  Understandably, close-in land that qualifies would cost more than open bean fields, but the resulting cost for infrastructure would be vastly less. New residents would be less dependent on the automobile; walking and biking would be encouraged and energy-efficient building construction required.

The County planning staff found it difficult to apply these standards to large projects coming forward and is seeking the “equivalent” instead of requiring developers to design to LEED-ND.   Opponents of the staff proposal, primarily rural residents elected to represent individual communities on their Planning and Sponsor Groups, want to keep LEED-ND in the General Plan, as the Board of Supervisors unanimously voted,  to retain existing open farmland and rural neighborhoods that permit 4-H, large animal husbandry and equestrian use.

A report will be presented to the County Planning Commission on March 13.

Patsy Fritz has been a Valley Center/Pauma Valley resident and grower since 1981. A 2002 graduate of LEAD San Diego, she has served as a County Planning Commissioner and on the Board of Directors of the San Diego Farm Bureau and the San Diego County Taxpayers Association.

Do we need to remind anyone, Power Link, solar farms, that any plan they come up with will only effect the poor single family property owner? Got any influence or big money? Build what you want, where you want. Long past time for the second American Revolution.