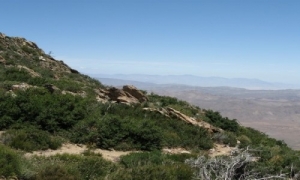 September 13, 2016 (Alpine) -- The Forest Conservation Initiative (FCI) Lands General Plan Amendment (GPA) will be on the agenda for the September 22, 2016 meeting of the Alpine Community Planning Group.  This meeting begins at 6:00 pm in the Alpine Community Center at 1830 Alpine Boulevard, Alpine.

County staff will present the following:

•         Recommended land use map designations for Alpine, including areas not endorsed by Supervisors in 2014.

The initiative passed initially by voters protected extensive forest lands, but the measure expired through sunsetting and was not renewed.  Changes would allow additional development on some parcels where it was previously not allowed.

Additional information on the GPA, along with the staff reports for the PC and BOS hearings and the 2016 Draft Supplemental Environmental Impact Report, are available at: