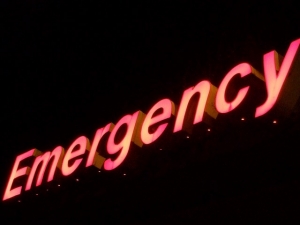 Ambulance responses in our region raise alarms:  Part III in a series

April 3, 2015 (San Diego’s East County) – AS we reported, effective April 1st the County has shifted to Mercy as its new ambulance provider for rural East County.  After residents raised concerns over coverage, response times and mutual aid, we asked Supervisor Dianne Jacob’s office for a response.

Jacob’s chief of staff, Jeff Collins, has forwarded a response put together by County staff, which he says show improvements being made to advanced life support services in rural East County. He also forwarded maps and other documentation.

Below is the staff response:

The Fire Authority/CAL FIRE ALS units are positioned at stations closest to rural population centers and areas with the highest volume of calls. In 2014, the Fire Authority’s average response time was 10.07 minutes, so the new system means in most cases residents and visitors can expect a paramedic firefighter to arrive first to start advanced care, with the ambulance paramedic arriving about the same time or close behind to assist and transport.  The contract requires a minimum of 4 ambulances, and Mercy is not bound by the contract to any particular number of ambulances. Instead, they must meet response time standards. The former provider achieved an average response time of 14 minutes with four ambulances; Mercy plans to serve the area with six ambulances, and residents should see similar or better response times.

Mercy has nine mutual aid agreements in place. Two are written and signed-- Mesa Grande and Schaefer Imperial County – and seven are oral (Lakeside, Santee, Julian, Barona, Rural Metro, Viejas, Sycuan).  Mercy and the cooperating agencies are in the process of developing the documentation for all agreements, and the County expects the timeline to be typical for interagency agreements—that is, it will vary by agency depending each agency’s review process, staffing, etc. While the agreement documentation is being finalized, the agreements themselves are operational, and there is no reason to believe any agency won’t honor them.

The mutual aid agreements have been incorporated into dispatch software and procedures, and agencies will respond to mutual aid calls when dispatched. If there was ever information that this was not occurring while the written agreements are being finalized, the County, which is monitoring the contract closely, would take immediate action.