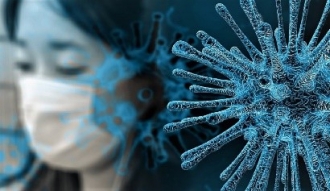 August 4, 2020 (San Diego) – Since landing on the state’s watch list for three triggers that forced renewed shutdowns of many businesses, San Diego County is finally making progress toward reducing spread of COVID-19. But those improvements are not yet enough to ease restrictions.

Here are the triggers, the progress, and what still needs to happen to enable schools and businesses to reopen in our region.

Yesterday, Dr. Wilma Wooten, the County’s public health officer, announced that the case rate has been steadily dropping from 158.5 new cases July 23 down to 118.2 cases per 100,000 as of August 3.  That’s 11 straight days – three more, and our region will be off the watch list for case rates.

Contact tracing:  When cases surged, our county fell behind on contact tracing to identify those who may have been exposed by newly diagnosed COVID-19 patients. The County is now initiating case investigations within 24 hours after a case is assigned in 48% of cases – up from just 7% back on July 18. The County has hired 200 new case investigators and Dr. Wooten predicts our County will likely be back in compliance to get off the state watch list for this trigger in a week or two.

To get off the state’s watch list, a county must have less than seven outbreaks over a seven-day period. San Diego County has had 39 community outbreaks in the past week – over five times higher than the trigger level and the highest weekly total since the pandemic begin.

Fifteen of those outbreaks in the past week were reported in bars or restaurants with bars, seven in businesses, four in restaurants without bars, and the rest in other settings including a college, a government setting, several outbreaks in gyms, and gatherings at private homes.  Bars have been closed since early July, so some of those cases may still be a result of bars that had not yet closed.

Some other metrics are trending in the right direction.  In the past two weeks, the percentage of positive test results is 5%, well below the 8% goal. Over the past week, the number of tests has jumped up to 7,454 per day.

Statewide, after a rapid reopening of many businesses resulted in a surge of coronavirus cases, the state imposed broad new shutdowns in most counties. Those measures are largely working.  As of Sunday, the number of new cases statewide dropped 9% from the previous week’s record of 65,634 new cases.  Still, 135 Californians a day are dying of COVID-19.

The state’s surge in cases has been blamed on several factors including some large workplaces not following health guidelines, such as factories and agricultural settings, people crowding into bars that were briefly reopened, as well as people refusing to wear masks and hosting illegal gatherings such parties.

While it’s still too soon for most areas to reopen, there are lessons to be learned from the earlier reopenings, health officials and political leaders report.

Dr. Kirsten Bibbins-Doming, chair at UC San Francisco’s Epidemiology and Biostatistcs Department, told the Los Angeles Times that it may be too risky to reopen bars and indoor restaurants at a time when schools have not been allowed to reopen for in-classroom instruction.

Moving forward, the state is likely to focus on changing priorities. But the risks are higher than in March, since there are many more cases of COVID-19.  Dr. Peter Chin-Hong,an infectious disease specialize and professor of medicine at UC San Francisco, notes that it would be easy to go over a tipping point where hospital ICU units fill up or ICU units run out of ventilators – a situation that has occurred in some areas of Florida, Texas and Arizona, though San Diego is still faring well in terms of its availability of ICU beds and ventilators.

This week, San Diego County issued its first criminal charges against a Ramona gym that defied shutdown orders. The County has made efforts to assure compliance with many of the health rules – and that appears to be paying off.

Some other Counties are faring far worse. While San Diego has had 184 cases per 100,000 residents over the past two weeks, San Bernadino County had 437, Los Angeles 344, and Riverside County 342.—the best of any southern California county.

Health officials urge the public to comply with mask-wearing and social distancing rules, as well as refrain from non-essential outings and holding any gatherings with non-household members. The more people do so, the sooner San Diego will be off the state watch list, enabling schools and businesses to begin reopening.