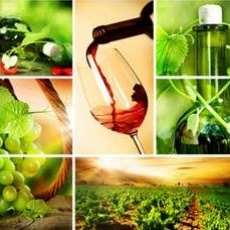 April 23, 2016 (San Diego’s East County) – On Wednesday, April 27, Supervisors will consider two versions of proposed changes to the tiered winery ordinance, as ECM reported. Ramona winemakers have raised serious concerns over a version proposed by county staff that differs from the version approved by the County Planning Commission.

Prominent wine makers objected to staff recommending against a Planning Commission decision that would allow local winemakers to import limited quantities of wines from outside San Diego County.  Some prominent winemakers have argued that the changes are so burdensome that they could stifle the winemaking industry locally. So we asked County staff to clarify why the changes were made.

The proposed amendment, which was presented to the Planning Commission, included an allowance for Boutique Wineries to import juice and wine, in addition to fruit, from inside the county, and import fruit and juice only (no wine) from outside the county, within the percentage limitations.

At the Planning Commission hearing the PC recommended two changes to the proposed ordinance.

1. Specify that wine imported to wineries from within the County be made with County grown grapes, and

2. Allow Boutique Wineries to import wine from outside the County of San Diego.

Staff’s version of the ordinance presented to the Board is the same as the version provided at the PC hearing with the addition of the PC’s recommendation that wine imported to a winery from within SD County be made with SD County grapes.  The only difference between the two versions is that the PC recommended version includes the allowance a Boutique Winery to import wine from outside the county, within the 25% limitation.

Providing two versions of an ordinance to the Board for consideration is practical, it allows the Board to take action to implement one of the versions if they so choose.  If only one version was provided and the Board chose to make changes, they may not be able to take action on that day; the project may need to be docketed for another hearing.  Providing two versions is not an everyday occurrence…but it is also not unusual for departments to do so.

We followed up this response with additional questions.  Specifically, we asked for staff’s rationale for not wanting boutique wineries to import wine from outside the County in cases where a crop suffers a disaster, as well as to meet the demands of winery customers for white wines, since local climate and soils are generally not well suited for growing most white wine grapes.  She replied:

Staff’s rationale:  The Tiered Winery Ordinance has never had an allowance for importing wine to a winery.  The intent was for tasting rooms to serve wines made at the winery which are produced from local grapes with some allowance to import fruit from within and outside the county.  Staff is carrying forward that intent with the proposed ordinance.  A winery may import white wine grapes/juice and make white wines if they choose.

With regard to potential emergencies: All agricultural operations have the potential risk of damage to crops from natural disasters or wildfires.  Whether the crop is grapes, avocados, citrus, plant nursery/flowers or other farming operation.  Should a catastrophe occur (as with wildfires in the past, for example), the Board of Supervisors can address the needs of the County’s residents by adopting urgency measures.