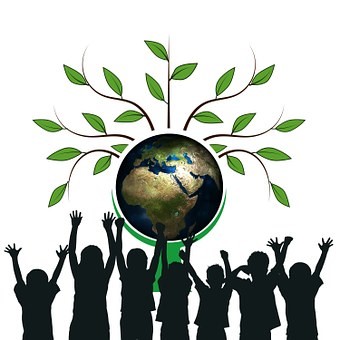 February 19, 2017 (San Diego) -- On Wednesday, 2/15/17, the San Diego County Board of Supervisors entertained public input on their Comprehensive Renewable Energy Plan (CREP). Twenty-one members of the public provided comment. Twenty of those speaking urged the Supervisors to approve spending $200,000 on a Community Choice Aggregation (CCA, also known as Community Choice Energy) feasibility study. The completion of this kind of study is typically done prior to establishing a CCA program. Only one commenter opposed funding the study.

This high level of support is not surprising. The consultant that the county hired to provide the CREP determined that a CCA would have a “high return on investment” Table 4-3. To underline that point, in Table 6-1, the consultant listed the top priority items in order of importance. The CCA feasibility study was the number one item on the list. County staff concurred with the county’s consultant and similarly made the preparation of a CCA feasibility study their top recommendation (page 18/19 staff recommendations).

Two articles, each authored by Tyson Siegele, SanDiego350’s subject matter expert on CCE/CCA programs, were published in the days leading up to the supervisors’ meeting, urging readers to support the program. On the other hand, Sempra Services, the lobbying arm of Sempra Energy, SDG&E’s parent company, wrote a letter to the board opposing CCA, saying that SDG&E can be trusted to provide low cost, high renewable content electricity without being forced to compete with third parties. This was a highly controversial move, as it isn’t clear that Sempra Services has the legal right to be meeting with the supervisors yet.

This has not been the case in the Bay Area though. CCA programs already in place have demonstrated that introducing competition into the procurement of power did produce lower costs and higher renewable content than what the investor owned utility previously provided to its customers.

One Supervisor, Ron Roberts, was not present at the meeting. After the board’s staff presented the review of the CREP and its recommendations and the public made its position on the matter clear (20 to 1), Supervisor Jacob made a motion to approve the Planning Commission recommendation to perform the CCA study. The motion died for lack of a second. Supervisor Jacob then proposed a motion to direct the Chief Administrative Officer to return to the board in 12 month with a status update on other CCA feasibility studies in other jurisdictions in the state.

This motion passed. The strong likelihood of achieving lower electricity prices with higher renewable content for the county’s residences has been pushed off for at least a year.