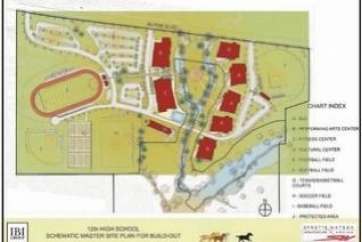 May 30, 2016 (Alpine) — The San Diego County Taxpayers Association is speaking out against the Grossmont Union-High School District for failing to honor the intent of voters who supported Proposition U.  The group’s new leader, Haney Hong, has also sharply criticized the GUHSD for spending taxpayer money on legal action while refusing to fund construction of an Alpine high school.

Asked his view on $2.3 million in legal fees billed to the district as of January to fight a suit brought by Alpine taxpayers over Grossmont’s refusal to build the school, Haney Hong, new leader of the SDCTA, told Times of San Diego, “This expenditure of taxpayer funds, regardless of whether it meets the letter of the law, certainly doesn’t meet the spirit of the bond proposal and seems highly inappropriate. More importantly, it could have been avoided completely if the district had followed the expenditure plan promised in its bond measure.”

Hong further faults the district for forcing district residents including those in Alpine to pay for the district’s legal costs to evade building a high school after the same voters already paid for a high school in the bond measure a decade ago.

Alpine taxpayers and the Alpine Union High School District filed suit asking a court to set aside $43 million in bond funds to build the school.  A Superior Court judge earlier this month issued a tentative ruling for Grossmont, finding that the bond allowed but did not require that the high school be built.

But Hong made clear, “The construction of a new high school in Alpine was a significant part of this bond proposal featured prominently in the argument for it featured on the ballot in 2008.”  Since the ballot measure, Prop U, passed by a slim 1.65 percent margin, Hong suggested it likely would have failed without support of Alpine voters who wanted the high school.

The district has cited declining enrollment as its reason for not building the school, though supporters of the school claim an enrollment trigger in the bond was met more than once.

Alpine taxpayers have indicated they hope to appeal.   They have launched a GoFundMe site to raise money for their legal costs: https://www.gofundme.com/savealpinehigh.

The site also lists long-time supporters of the Alpine High School’s recommendations for candidates they believe are most supportive of the school.