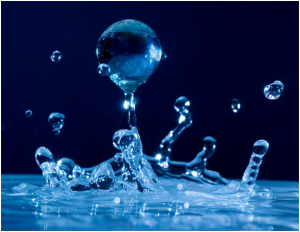 November 26, 2019 (San Diego) -- The San Diego County Water Authority’s Board of Directors last week authorized actions to ensure all San Diego County voters are heard on plans by the Rainbow and Fallbrook water agencies to leave the regional water wholesaler and instead join a Riverside County water agency.

Rainbow’s Water District Manager Tom Kennedy has said the Riverside District charges $1,000 per acre foot of water, substantially less than the SDCWA which charges about $1,600 per acre foot – an annual savings of $5.6 to $6 million for Rainbow area customers, the San Diego Union-Tribune reported in June.

If the agencies secede, it would be the first time in the CWA’s history that any member water agencies left the regional authority.

The Board’s action is consistent with the idea shared by LAFCO Commissioner Dianne Jacob at the San Diego LAFCO meeting on October 7, 2019, that voters in the Water Authority’s entire 24-member agency service area have an opportunity to be heard and vote on any detachment.

Fallbrook and Rainbow have stated their intentions to leave the Water Authority, but they have not yet filed applications with San Diego LAFCO, which would manage the multi-step process and could deny the requests or approve them on specified terms and conditions, including a vote by the San Diego County electorate.

To date, the agencies have made public a general proposal, but have not explained how detachment would affect water supply reliability, rates or infrastructure for the Water Authority and each of its 24 member agencies, including Fallbrook and Rainbow customers. The Water Authority has asked the agencies to provide this information and discuss their plans with all affected parties before applying for detachment, as required by LAFCO rules and procedures.

The Water Authority’s Board has taken no position on the detachment, and stands ready to provide all information requested by San Diego LAFCO. The Water Authority wants to ensure an opportunity for full participation by all affected parties.

Correspondence and reports related to detachment are at www.sdcwa.org/lafco-detachment.