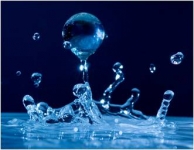 • 58 percent of county residents are willing to pay at least an additional $5 or more per month as part of their water bill to add seawater desalination to the region’s water supply mix.

• Public concern about rising water rates remains about the same as in 2011. 64 percent of those surveyed indicated they are very or somewhat concerned about future increases. The 2011 survey found 61 percent were somewhat or very concerned.

“Providing our region’s 3.1 million residents and $186 billion economy with a safe, reliable water supply is a complex and often difficult job, and this data shows that the public’s awareness of regional water issues and their support for paying for those investments are high,” Water Authority Board Chair Michael T. Hogan said. “While the poll shows people remain concerned about rising rates, it also indicates residents are willing to fund sound projects and programs that make our region’s water supply more reliable.”

The poll, conducted by Rea & Parker Research and presented to the Water Authority’s Board of Directors today, also probed public attitudes on other water-related topics, including water use. Twenty-five percent of respondents said their water use had declined in the last year, and 88 percent of those said their reduction in water use was permanent. Overall, few residents indicated their water use would increase if the economy rebounds (18 percent) or if water agencies stop calling for conservation (22 percent). Nearly all respondents (95 percent) considered efficient water use to be a civic duty. This finding is consistent with the last time the Water Authority asked this question in 2009 (92 percent).

“Having 95 percent of the people agree on anything is rare,” Hogan said. “But seeing our region continue to embrace water efficiency this way, even when we’re not in shortage conditions, is extraordinary. Our residents, businesses and agricultural customers deserve a lot of credit for remaining focused on ongoing, long-term water use efficiency.”

Other key findings of the poll include:

• Residents continued to see water as a good value compared to other utilities. Weighting all responses for first-, second- and third-best values among utilities, gas and electricity service ranked first at 26 percent and water ranked second at 16 percent.

• 39 percent were aware of the Water Authority’s lawsuit alleging the Metropolitan Water District of Southern California is overcharging San Diego County ratepayers for the cost of transporting imported water to the San Diego region.

• Residents had a favorable view of the reliability of the region’s water supply, with 76 percent considering the water supply very or somewhat reliable.

• 56 percent of residents had a great or good deal of trust in the ability of local water agencies to provide a clean, safe water supply.

• 46 percent of respondents were aware of efforts by the Water Authority to make the region’s water supply more reliable. Among those respondents, 17 percent identified importing or transferring water from the Colorado River/Imperial Valley, 16 percent cited infrastructure improvements and 14 percent identified seawater desalination.

• Seawater desalination continued to be strongly favored by residents, with 82 percent of respondents saying it is important to the reliability of the region’s water supply. This is consistent with results of previous surveys including in 2009 (86 percent) and 2006 (82 percent).

The survey, conducted by telephone via random sample including 121 people who only use mobile phones, has a margin of error of +/- 3.4 percent and a 95 percent confidence rate. The full results of the poll are available at www.sdcwa.org/public-opinion-research.