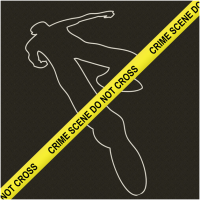 October 11, 2011 (Borrego Springs) – San Diego Sheriff’s homicide unit is investigating the deaths of a man and woman in the 2000 block of Saint Thomas Drive in Borrego Springs.

Detectives went to the home after receiving a call last night at 6:14 p.m. requesting a welfare check on a female at the residence. Deputies arrived and through a window saw an apparently deceased man on the sofa. After entering the home, they confirmed his death and also found the body of a dead female in the kitchen.

Identification of the victims and cause of death will be made following an autopsy by the San Diego Medical Examiner, however the Sheriff’s office indicates that at this time, “it is not believed there are any outstanding suspects.”

Investigators from the Sheriff’s Rural Division, Homicide Detail, and Crime Lab are participating in this investigation.