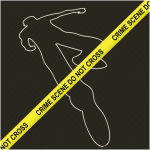 October 31, 2012 (Santa Ysabel) – The bodies of  a couple believed to be in their 80s were found Monday evening in a home in the 25200 block of Mesa Grande Road in Santa Ysabel. The Medical Examiner’s office has ruled the woman’s death a homicide resulting from a single gunshot wound, however the man’s death has been found to be from natural causes due to heart failure.

A firearm was recovered at the scene.  The Sheriff’s office has not released the identities of the couple or details on their deaths, however based on evidence found at the scene and facts surrounding the case, “the Sheriff’s Department does not believe there are any suspects outstanding,” said Lieutenant Glenn Giannantonio with the Sheriff’s Homicide Detail.

Homicide is defined as a death caused by another person, thus not a suicide. A homicide may be a murder, but may also be a death under other circumstances such as self defense, accidental killing, manslaughter or euthanasia.

According to the North County Times, Giannantonio said the couple had probably been dead for a day or two before they were found.  Officials are waiting on lab results to confirm their theories on the deaths.