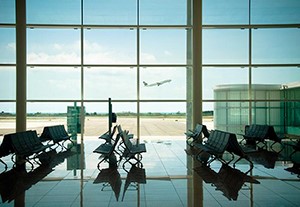 February 27, 2017 (Washington D.C.) – Three American Muslim men placed on the No-Fly List by the FBI contend that FBI agents told the men they could get off the list if they agreed to serve as spies in Muslim communities.

According to the Center for Constitutional Rights, which is representing the men in court, the FBI wanted to collect information on U.S. Muslims in general, not people suspected of crimes.  Even more startling, CCR states in a press release, “In 2015, only days before the first major court hearing in their case, Tanvir v. Lynch, the men received letters from the U.S. government confirming their removal from the list and effectively conceding what the men have always known: that they never posed a security threat of any kind and that the FBI only listed them to coerce them into spying on their faith community.”

A judge dismissed their claims seeking damages, but now the men are appealing that dismissal.  On Wednesday, attorneys for the men will argue that they suffered significant emotional and financial distress as a result of their placement on the No-Fly List.

“They were unable to see wives, children, sick parents, and elderly grandparents overseas for years; they lost jobs and were stigmatized within their communities – and because without consequences for constitutional violations like these, they are more likely to be repeated,” a press release from the Center for Constitutional Rights concludes.

There are about 50,000 on the no-fly list including about a thousand Americans (nobody knows for sure) . . .from 2015 . . .According to a federal lawsuit heard in New York this summer, four Muslims say they were put on the no-fly list because they refused to spy for the FBI. The men’s names were removed from the list but they sued FBI agents for damages. . . There are other ways to make the list: ... Being suspected of direct terrorist activity . . . Travel to certain countries ... Something you said in the past ... Have a similar name to someone on the no-fly list ... Clerical error ... Law enforcement issues (open warrants etc) ... Controversial Tweets.