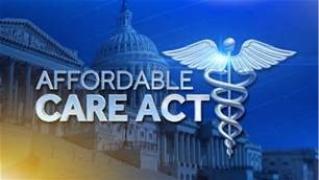 At stake are subsidies for those earning between 100 and 250 percent of the federal poverty line, or up to $29.425 for an individual and $60,625 for a family of four. If the court’s ruling stands, it would leave insurance companies footing huge bills for those subsidies without reimbursement from the government. That would likely result in insurance companies pulling out of the healthcare exchanges set up by the Affordable Care Act and lead to hikes in premium prices, once again making it difficult for low income people to afford health insurance.

The ruling won’t have any immediate effect, since the judge put her order on hold pending appeal, and legal scholars predict it will likely be overturned or dismissed by the federal appeals court. Experts believe the appellate court will find that Congress had no standing to sue, upholding past precedents.

If the case is not dismissed, then the appellate court’s decision might not be reached until after President Obama leaves office in January.  Any decision could be appealed to the Supreme Court, which has repeatedly thrown out suits in the past filed by legislators who disagreed with a presidential administration.

The Constitution grants appropriations power to Congress, stating, “No money shall be drawn from the Treasury, but in Consequence of Appropriations made by Law.”  But it also grants executive power to the President and the founding fathers advocated for a separation of power among the three branches of government (legislative, executive and judicial).

President Barack Obama repeatedly asked Congress to appropriate the funds to fulfill the requirements of the Affordable Care Act previously approved by Congress, but the now-Republican controlled Congress refused to do so.   So the President used his executive authority to instruct the Department of Health and Human Services to pay the reimbursements to insurers as required by the law passed by a then-Democratic controlled Congress.

The Obama administration lawyers argued that these payments were like Medicaid entitlements, covered by permanent federal funds, so no annual appropriation is needed.

The Affordable Care Act has provided insurance to 20 million Americans who previously had no healthcare insurance, making medical care accessible to these low-income Americans.  The goal of the law was to make such insurance affordable by reimbursing insurance companies for their costs of subsidizing deductibles and copayments. The Affordable Care Act specifically states that the federal government “shall make periodic and timely payments” to cover those costs.

The court’s decision drew praise from Republican House leaders and from San Diego Republican Congressman Darrell Issa. Issa said the ruling is “proof positive that the Obama administration is continuing in its blatant and willful disregard for the Constitution.” He called Obamacare a ”disasater” adding, “Today’s court decision affirms that reality.”

But white House press secretary Josh Earnest, in a press briefing today, said of House Republicans’ efforts to dismantle Obamacare, “They’ve been losing the fight for six years, and they’ll lose it again.”  The House has repeatedly tried without success to overturn Obamacare, which has also survived prior court challenges.

Earnest called the latest suit “a new low,” adding, “This suit represents the first time in our nation’s history that Congress has been permitted to sue the executive branch over a disagreement about how to interpret a statute.” He called it “unfortunate” that Republicans have resorted to a taxpayer-funded lawsuit to re-fight a political fight that they keep losing.”