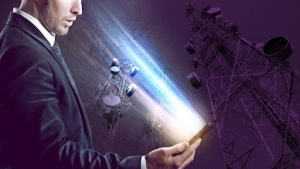 November 6, 2021 (Washington D.C.) --  The Environmental Health Trust recently won a victory in the U.S. Court of Appeals of the District of Columbia Circuit with a ruling in favor of EHT. In its ruling, the court ordered the FCC to explain why it ignored scientific evidence showing harm from wireless radiation, such as that transmitted by cell phones and cell phone towers and 5G technology.

The court held that FCC failed to respond to “record evidence that exposure to radiofrequency radiation at levels below the FCC’s current limits may cause negative health effects unrelated to cancer.” The court also said that the agency demonstrated “a complete failure to respond to comments concerning environmental harm caused by RF radiation.” The court found the FCC ignored numerous organizations, scientists, medical doctors who called on them to update its 1996 human exposure limits for wireless radiation. The court found the FCC failed to address these issues.

“We are delighted that the court upheld the rule of law and found that the FCC must provide a reasoned record of review for the thousands of pages of scientific evidence submitted by the Environmental Health Trust and many other expert authorities in this precedent setting case,” said Devra Davis, Ph.D. president of EHT. “No agency is above the law.”

Davis continued, “The court granted the petitions for review because, contrary to the requirements of the Administrative Procedure Act, the FCC failed to provide a reasoned explanation for its assertion that its guidelines adequately protect against the harmful effects of exposure to radiofrequency radiation.”

The landmark case centers around the FCC’s decision not to update its 1996 exposure limits for wireless radiation from cell phones, cell towers and wireless devices. EHT experts have long argued that the FCC’s outdated limits place Americans everywhere at risk, especially in the era of 5G.

“We submitted hundreds of pages of peer-reviewed, published scientific data to the FCC over the last several years documenting the harm and need for health agencies to create safety limits that protect against biological effects and the urgency for infrastructure policy that prioritizes wired rather than wireless communications to reduce public exposure,” Davis added. “Unfortunately, the telecom industry is now pushing millions of new 5G wireless antennas into neighborhoods and billions of new wireless devices putting more people in harm’s way everyday.”

“I think we can’t wait for this to work through the courts,” said Hugh S. Taylor, M.D. “I think we need to act now. And if I were someone who’s considering pregnancy, or someone who is pregnant or mother of a young child, I think it’s just important to move that cell phone away from you and not be exposed to that radiation any more than possible.” Taylor is president of the American Society for Reproductive Medicine. He is professor and chair of the Department of Obstetrics, Gynecology and Reproductive Sciences at Yale School of Medicine and chief of obstetrics and gynecology      at Yale-New Haven      Hospital. His published research on prenatal exposure to cell phone radiation was cited in EHT’s court filing. His research findings have been pivotal in demonstrating harm from RF radiation exposure.

The documents in the Environmental Health Trust filing may be found here.

I am not an expert here, but I have read a whole lot about this issue and do have basic training in RF (as a ham...) And, we had a couple in Shelter Valley who tried to hijack the voice of our community organization, the SVCC, at a planning commission hearing. They claimed that our community opposed a much needed and wanted - by about 10 to 1 - cell phone tower in our valley by pretending to be the representatives of the SVCC and claiming the community was in opposition to the tower. Thankfully, after some drama over the subterfuge, the commissioners allowed the actual appointed representative of the SVCC to speak and clarify the org's position, which was in favor by a vote of over 10 to 1 by the members. (https://www.youtube.com/watch?v=EWzPHef5hPA, it shows just how dishonest the conspiracy theorists can be.) Beyond dirty local politics, the scientific situation seems to remain unchanged. The telecommunications industry is very powerful, and in fact the 1996 law prevents planners from even *considering* health issues related to wireless in their decisions. This is not a good look, feeding paranoia and disinformation. The law should be changed. Nevertheless, wireless through 4G is undoubtedly safe according to broad scientific consensus. And really, it just common sense: where is the epidemic of ailments that is not better explained/proven by other causes? Nobody can make the connection with any kind of evidence that holds water as proper science. Only the health conspiracy theorists still believe that 4G is any danger at all. 5G however may be a different story. It is actually a bit different and we can not necessarily apply the older epidemiology based on 4G. It seems very much to be something that needs studied more before we ask the public to accept it. I am still fairly nonplussed about it, btw. All signs appear good that 5G is actually safe. But it is to early to say we "know", and my concern is that this is likely to fuel the flames of the paranoid and internet conspiracy theories. So this article is good news, the FCC should remain responsive to all Americans and not just the wireless industry. We need government and the scientific community to complete full due diligence so that the public can remain confident and resist wackery. Also so that we can continue to laugh heartily at the health conspiracy theorists, and have empathy for those suffering from mental health issues such as hypochondria. Good governance matters, and the 1996 exposure limits really should be brought up to date. I applaud.