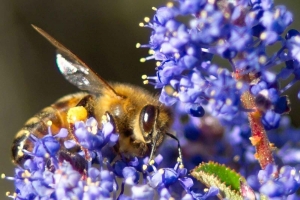 September 10, 2015 (San Francisco)—The U.S. Ninth Court of Appeal in San Francisco today revoked the U.S. Environmental Protection Agency’s approval of the pesticide sulfoxaflor because it is highly toxic to bees.  The pesticide is sold under the brand names Closer and Transform.

Sulfoxaflor, a neonicotinoid, was approved by the EPA in 2013.  From April 2014 to April 2015, losses of honeybee colonies plunged 42.1 percent, according to the U.S. Department of Agriculture.

Judge Mary M. Schroder wrote, “Bees are essential to pollinate important crops and in recent years have been dying at alarming rates.”  The decision concluded, “Given the precariousness of bee populations, leaving the EPA’s registration of sulfoxaflor in place risks more potential environmental harm than vacating it.”

The court ruled that the EPA’s approval was made without any “meaningful study.”

Reuters reports that Dow has said it disagrees with the court’s decision and will “work with the EPA to implement the order and to promptly complete additional regulatory work to support the registration of the products.”

Bees pollinate 25% of the food consumed in the U.S.  The bee decline has prompted a White House task force to study the dire situation.

Neonicotinoids are particularly dangerous to bees since some research indicates bees are actually attracted to crops sprayed with neonicotinoids, a nicotine-derived chemical.

In California, sulfoxaflor has only been approved for use on lettuce crops but will now be banned for all crops. Nationwide, it is used to control aphids and other sucking pests on a wide range of crops including citrus, cotton, strawberries, wheat and soybeans, among others.

While environmental experts have blamed neonicotinoid pesticides for the decimation of bee populations, the chemical industry has contended that the decline is caused by other factors, such as a bee mite infestation.