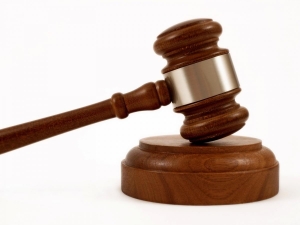 The judge granted Grossmont’s demurrer/motion to strike down four causes of action filed by the Alpine district related to Grossmont’s failure to build an Alpine high school.  Alpine alleged that Grossmont illegally used Prop H and Prop U bond monies for projects other than the high school and previously obtained a preliminary injunction requiring Grossmont to set aside funds for the high school.

Judge Pressman granted Grossmont’s request for a demurrer and struck down all four causes of action, but allowed plaintiffs to file an amended complaint.

Grossmont argued that Alpine lacked standing to bring any cause of action due to the statute of limitations, effectively stating that even if money was misspent or wasted as plaintiffs allege, it’s too late to file a challenge.

Judge Pressman struck down the first two causes of action due to the statute of limitations.  As for the declaratory relief and writ of mandate, the judge wrote, “it is not clear that plaintiff Alpine Union School District would have standing.”

Next up the court will hear the effect of the ruling on the preliminary injunction currently in place.

Sal Cassamassimo with the Alpine Taxpayers Association, also a party in the case, says Alpine plaintiffs have 30 days to file an amended complaint, omitting the waste action claims, which “we will do.”  He also told ECM, “No appeal is planned as we believe there is a good chance the court will accept our amended complaint.”

It's nice to be Big Brother.