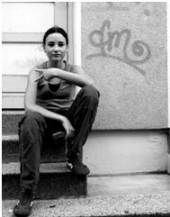 February 14, 2010 (San Diego) –The California Fourth District Court of Appeals this week found the City of San Diego’s curfew ordinance unconstitutional on grounds that the language is too broad.

“The City of San Diego is proceeding to enact an emergency ordinance so curfew laws can continue to be enforced, protecting San Diego’s children,” Councilwoman Marti Emerald has informed East County Magazine.“I want to be able to enforce the curfew law to keep our kids safe," she added.  "I also want to protect their Constitutional Rights.”

The San Diego City Attorney is working with the Police Department to clarify the language in the curfew law and expects to present the proposed ordinance to the City Council within two weeks.

“Violent crime does not discriminate,” said Emerald, who supports a curfew for local youths. “Violent crime does not discriminate. Children, some as young as 10, have been hurt and even killed when they are out late at night. Statistics show that criminal activity, including drug use, gang fights and drive-by shootings, are much more prevalent after 10 PM.”

The new ordinance will be designed to not only protects the Constitutional Rights of every citizen, regardless of their age, but also set “reasonable restrictions for the safety of our children,” Emerald added.“Many young people exercise good judgment when it comes to their behavior. But for those who are easily influenced or unsupervised, time out after dark can be devastating.”

Last fall, Councilmember Emerald was invited to ride along with SDPD during a curfew sweep conducted in the Mid-city area. “It was an eye opening experience,” she said. “No one, especially children, should witness a gang beating a man with metal pipes. There was also at least one shooting that night.”

Once approved by the City Council, this ordinance will go into effect immediately.