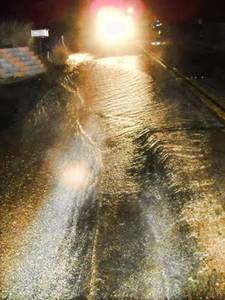 September 8, 2013 - A Superior Court judge has set March 5, 2014, as the trial date for the San Diego County Water Authority’s lawsuit seeking records about a covert public relations campaign in San Diego County run by the Eastern Municipal Water District on behalf of the Los Angeles-based Metropolitan Water District of Southern California and its member agencies.

The Water Authority filed its lawsuit under the California Public Records Act in January after Eastern, based in Riverside County, blacked out portions of documents it released and refused to produce all relevant records. The California Constitution and state law require public agencies to promptly provide complete copies of documents, emails and other records relating to the conduct of the public’s business.

“For many months, Eastern has stubbornly refused to release records that the public is entitled to inspect, and it has spent ratepayer money to keep the agency’s records secret,” said Kelly A. Aviles, an attorney representing the Water Authority in the case. “That’s a double disservice to the public, and one that we are confident the judge will correct."

The Water Authority is seeking details about a public relations contract that Eastern issued in August 2012. In response to a records request by the Water Authority, Eastern produced a copy of the $15,000-a-month contract, but agency officials refused to provide the document that detailed the scope of work for the San Diego campaign.

In response to pressure from the Water Authority, Eastern provided the scope of work but redacted all the language about the services to be provided by its public relations consultant. After more pressure from the Water Authority, Eastern revealed some of the information it had previously redacted – language that showed the public relations campaign was, in fact, being conducted “on behalf of MWD and its member agencies."

Eastern continues refusing to provide the rest of the contract and related records, such as email exchanges with its public relations firm. Although the consulting agreement clearly describes the services Eastern retained as “government and community relations strategy relative to local, regional and statewide policy issues,” Eastern’s lawyers now claim that the public relations firm’s work was related to lawsuits filed by the Water Authority challenging MWD’s rates.

The Water Authority and Eastern both buy water from MWD, a wholesale water supplier for Southern California. In 2010 and 2012, the Water Authority sued MWD claiming that its rates are illegal because they do not reflect the proportional cost of the services MWD is providing to its member agencies. Those cases are set for trial December 17 in San Francisco Superior Court.

Aviles said nothing in the limited records released by Eastern references or suggests that the public relations firm was being hired to work on litigation.

“The Public Records Act only allows agencies to withhold documents from disclosure for a limited number of reasons,” said Aviles, vice president of open government compliance for Californians Aware, a nonprofit group that helps the public hold government agencies and other public institutions accountable. “A public relations campaign is not one of them."

For more information about public records laws in California, go to calaware.org.