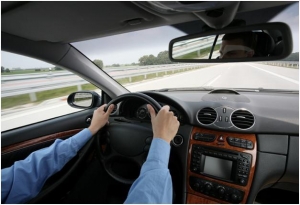 The American Civil Liberties Union has contended that requiring bail before a hearing violates Constitutional protections of due process and equal protection.  In other kinds of cases, bail is only supposed to be charged if the defendant is deemed a flight risk.

But some say the ruling does not go far enough. It will not help; the nearly 6 million drivers who already lost their licenses due to an inability to pay bail, which can be hundreds or even thousands of dollars.

It also won’t help those who miss arraignment because they never received a notice in the mail, were ill, went to the wrong courthouse, or didn’t show up because they had no money. An average traffic fine is now $500, the Los Angeles Times reports, and penalties can quadruple that in some jurisdictions.

The ACLU has argued that the process has also been discriminatory, since people of color are stopped disproportionately for traffic citations over whites.

Forcing drivers to post bail was adopted ostensibly to make sure drivers would show up in court for trials and avoid wasting time of court staff and law enforcement officers who are required to show up at such proceedings.

Each jurisdiction had its own set of rules, and sometimes those were confusing. In San Diego’s Superior Court, for instance, drivers had the option to skip arraignment and mail in a request for trial – but only if they paid the ticket in advance.  Even if you showed up at arraignment, you could still be required to pay bail before scheduling a trail.  So even if you were innocent, if you had no money to pay, you were treated as though you were guilty in a process that some critics have said amounted to legal extortion.