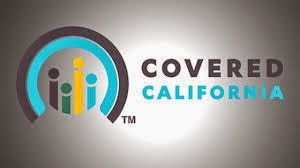 August 2, 2017 (Sacramento) – Covered California premiums are slated to rise 12.5 percent next year, according to the 2018 rate guide.  Actual rates will vary from company to company.

The spike is due partly to rising healthcare costs and partly to threats by the Trump administration’s threat to cancel $7 billion in subsidies for insurance companies. Trump has said he will “let Obamacare fail” but in fact is actively working to make it fail, by injecting uncertainties into the market that force insurers to hike rates to consumers.

Covered California’s executive director Peter Lee has said that Anthem Blue Cross is cutting back to just four service areas instead of 19 in California. San Diego is among the regions being cut out by Blue Cross. (Anthem has not eliminated coverage for private plans outside of Covered California.)

The other 10 companies offering insurance in our state have indicated they will stay in their existing markets.

The San Diego Union-Tribune reports that Blue Shield HMO premiums are actually set to go down three to 16 percent, while Molina is spiking rates by a whopping 18 to 31 percent.

If that prospect is stressing you out, your best prescription for a healthy financial outlet may be to shop around before renewing your current healthcare plan.