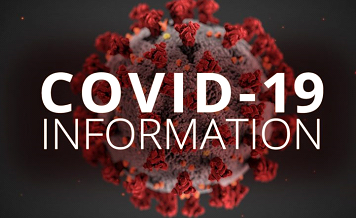 November 1, 2020 (Washington D.C.) – On Friday, the U.S. reported 100,233 new coronavirus infections in a single day – the highest daily total ever for any nation, Reuters reports.  The spike belies President Donald Trump’s claim during last week’s debate when he stated, “We’re rounding the corner. It’s going away.”

Every second, the U.S. is now adding a new coronavirus case, overwhelming hospitals in many cities.  USA Today reports that some hospitals are running out of beds and staffers; as a result, the situation is so dire that some hospitals report they may soon have to ration care.

Despite surviving coronavirus himself, the President has refused to set a role model for others to avoid transmission. Shortly after leaving the hospital he resumed holding in-person rallies to large crowds,  most not wearing masks. Now, Stanford researchers have found that Trump’s rallies between June and September alone were directly responsible for 30,000 cases of COVID-19 and more than 700 deaths – including deaths of people who never attended the rallies, but were exposed by Trump supporters who did attend, CNBC reports.

House Speaker Nancy Pelosi has called the president “delusional” for his repeated claims over the past several weeks that the U.S. has turned the corner on the pandemic, the Hill reports.  “We haven’t. We have miles to go.”  She faults Trump and the Senate leaders for adjourning for the year without taking up a relief bill to help struggling Americans, individuals and businesses for whom unemployment and other relief has run out.  House Democrats passed an aid package that Republicans refused to consider or amend, nor did Senate Republicans pass any relief bill of their own.

Instead, the Senate used its final days in session for 2020 to push through confirmation of Supreme Court Justice Amy Coney Barrett just days before the presidential election, despite previously blocking President Barack Obama’s nominee, Merrick Garland,claiming that no president should have a nominee appointed during the final year of his term.

Meanwhile Trump has broadened his denial of the severity of the COVID-19 pandemic to attack the press for reporting on it.  “Until November 4th, Fake News Media is going full on Covid, Covid, Covid,” he tweeted last week.

Politifact has ranked Trump’s “rounding the corner” claim as “false.”

Epidemiologists are worried that the change in seasons could only make matters worse, as colder weather drives more people indoors, where the virus can spread more efficiently.  "The winter is going to be long and hard," Brooke Nichols, an infectious-disease mathematical modeler at Boston University told PolitiFact. "I do worry about the path of the current metrics."

Forbes, a national business publication, reports that Trump repeated his false claim that the U.S. has rounded or is rounding the corner on the coronavirus pandemic daily for a two-week period in October despite statistics from his own administration’s Centers for Disease Control proving exactly the opposite.

More than 225,000 Americans have died of the coronavirus so far, according to the CDC. That’s more than from most major wars in U.S. history, more than any natural disaster, and far more than from all terrorist attacks on U.S. soil combined.  Moreover, the U.S. has logged more than 43,000 deaths from the virus since Trump began saying the U.S. is “rounding the final turn” on Aug. 31, according to data from Johns Hopkins University’s Coronavirus Resource Center.

The President has drawn criticism for downplaying the severity of the virus since the early days of the pandemic. He took weeks to heed advice to invoke the Defense Powers Production Act to convert manufacturing facilities to make ventilators, preciously time during which thousands of lives were lost.  Against the advice of medical experts, he ordered quarantined cruise ship passengers airlifted to the U.S., an action that facilitated spread of the virus in California, where those passengers were held at a military base form which the virus escaped.  He has never ordered a national mask-wearing mandate nor any consistent shut-down or social distancing policies for businesses, resulting in a patchwork of state efforts, some of which have resulted in disastrous spread of the disease in areas that allowed large crowds with no masks amid the outbreak. The president also failed to provide masks to many hospitals and other first responders, as well as schools. Private philanthropists have stepped forward to donate millions of masks in some areas, while other facilities have been left without adequate protection.

One Southern California hospital, where this editor has a family member working, used to provide N-95 masks for medical personnel to change after every patient in the intensive care unit. Now they receive only one mask per day, putting the health and safety of ICU medical staff at risk.

California is doing better than most places. Our state, which has imposed more limits than some areas, is one of only nine states with cases holding steady; four are trending down. The rest are trending up and 31 states posted record case numbers this week, CNN reports today.

On October 26, a World Health Organization briefing announced that many leaders of nations around the world have recently taken actions to reduce spread of COVID-19 amid spikes around the world, without shutting down schools and businesses, though simple measures such as avoiding crowds, meeting friends and family outside, wearing masks and social distancing. "Stop the politicization of COVID-19. A pandemic is not a political football," the WHO spokesman stated in a video, noting that when "leaders take action," lives can be saved.

Yet the U.S. President has provided no plan to reduce cases and deaths until a vaccine is ultimately developed, instead denying that a pandemic is raging out of control.  He has consistently ignored advice of Dr. Anthony Fauci, the nation’s top infectious disease specialist, instead making decisions based on political expediency to boost his reelection chances,  not heeding scientific evidence or medical advice.

Dr. Fauci, in an interview last week, offered this blunt warning  regading Trump's handling of the crisis, “All the stars are aligned in the wrong place as you go into the fall and winter season, with people congregating at home indoors. You could not possibly be positioned more poorly," the Washington Post reports.

Democratic candidate and former Vice President Joe Biden accused Trump of having “given up” and “quit on America” during a speech in Delaware.

“He just wants us to grow numb and resigned to the horrors of this death toll,”  Biden concluded.

Biden has said he does not foresee a need for a national lockdown, citing economic concerns. However he has pledged to institute a “true nationally coordinated plan” and “spare no expense” to beat the virus including requiring masks and making sure that medical personnel, schools and businesses  have the support they need to keep people safe and save lives.