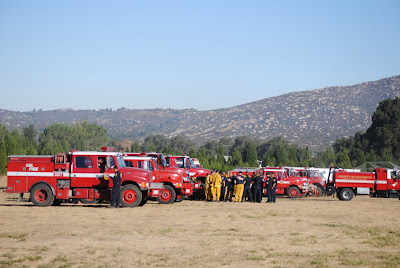 The wildfire, situated between Campo and Potrero south of 94, was caused by two border-crossers who became lost and dehydrated, called an emergency number and indicated they would be lighting signal fire, affording to Cal-Fire. The immigrants have not been located.