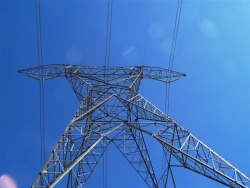 The approximately $435 million venture will include a new 58-acre, 500/230/138 kV substation in Jacumba as well as reconstruction and modernization of an existing 50-year old substation in Boulevard. The two electric substations will be interconnected by a 14-mile 138-Kilovolt transmission line. Construction is expected to begin later this year.

"The backbone of our electric system is the transmission grid and adding the ECO substation will substantively improve reliability for east county San Diego residents and facilitate the delivery of more clean, renewable energy to our customers throughout the region," said Michael R. Niggli, SDG&E's president and chief operating officer in a release issued by PR NewsWire.

There are approximately 1,700 megawatts of proposed renewable energy projects proposed to interconnect at the ECO and Boulevard substations, including proposed wind, solar and geothermal energy from Imperial County. The initial build out of the ECO substation project will accommodate a total of approximately 1,100 MW of fully deliverable renewable resources.

The electric infrastructure project will improve reliability in Jacumba, Boulevard, parts of the Campo and La Posta Indian Reservations, Manzanita, Bankhead Springs and Live Oak Springs, according to SDG&E, which estimates the project will create between 100 and 200 construction jobs over two years.

The project drew opposition from some rural residents, who have objected to the area being developed into an “energy corridor” enabling future large-scale energy projects in East County, where some 40 massive energy projects are proposed.