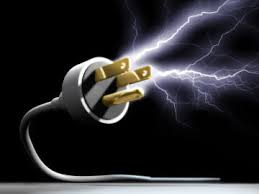 The CPUC is slated to rule on September 10th whether to grant SDG&E’s request to shut-off power when fire risk is high due to dry, windy conditions  SDG&E had announced plans to begin shutting off power after September 1st if key conditions were met without waiting for CPUC approval, prompting a coalition of opponents (including water districts, schools, a disability rights group and consumer interests) to ask for a temporary restraining order.

The CPUC also adopted new rules aimed at reducing fires caused by power lines, which have been blamed for three of the major wildfires in 2007. Utility companies will be required to trim trees and bushes farther back from wires than in the past, place wires farther apart, and limit the number of wires and transformers on a single pole.

Details on just how far back trees may be trimmed were unavailable from the CPUC at press deadline. However Jerry Fisher, who suffered damage to his property during the Poomacha Fire, shared concerns about the plan with East County Magazine. Present law and court precedent require trimming of trees within four feet of power lines in rural areas and 18 inches in urban areas, he noted. Asked about expanding those limits, Fisher replied, ““I want to know how much and on what authority, because they just butcher trees at their will. When the law said four feet, they would go fifteen and twenty. They cut down a perfectly fine five-foot diameter oak tree on my property that was 40 feet outside the easement. “

SDG&E did not return a request for comment by press deadline.The company has previously stated that it would abide by the CPUC decision.

Earlier this week, reports by other media found that many medically dependent backcountry residents had not yet been notified about the proposed shut-off and could have their lives endangered if power is shut off.

I suppose SDG&E and the customers not living in the fire zone will just have to live with being between a rock and a hard place. SDG&E gets sued for millions because their lines "caused" the fires in 2007 because they were negligent for not predicting what the winds would do to the electrical lines and the trees that weren't manicured exactly 15-20 feet from the poles. I don't know what people expect this company to do. If they don't shut the power off during hot windy days, then they get sued. If they don't spend millions for landscaping and cut the trees to an appropriate length, then they get sued. Meanwhile, my bill goes up. I don't get it.