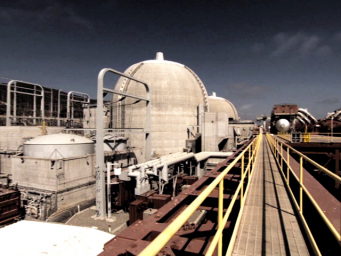 May 10, 2016 (San Diego) – The California Public Utilities Commission yesterday announced that it will reopen the record on the settlement agreement over the San Onofre nuclear power plant settlement that left ratepayers for SDG&E and Southern California Edison footing  $3.3 billion of the  shutdown costs.

Commissioner Catherine J.K. Sandoval and Administrative Law Judge Maribeth Bushey issued the ruling to reopen the case and hear new evidence due to the CPUC’s finding in December that secret meetings in Poland back in March 2013 between Edison’s vice president Stephen Pickette and CPUC president Michael Peevey violated the law.   Last December, the Commission fined Edison $16.7 million for failing to disclose those talks until February 2015.

Last August, Bushey found that Edison’s failure to report oral and written communications between Edison and CPUC decision makers met the definition of ex parte communications. In December, the CPUC confirmed 8 violations for failing to report oral and written communications and also twice violated a commission ethics rule.  As a result, Bushey and Sandoval wrote in yesterday’s order, “Edison and its employees…misled the Commission, showed disrespect for the Commission’s Rules, and undermined public confidence in the agency.”

The decision to reopen the case came in response to petitions filed by the Alliance for Nuclear Responsibility and Office of Ratepayer Advocacy. Both alleged that if Edison had notified the CPUC of the ex parte communications in a timely manner, “the terms of the Settlement Agreement would have been more favorable to ratepayers,” yesterday’s order states.

Maria Severson, a partner at Aguirre & Severson LLP, issued this statement: “We are hopeful that ratepayers will get the full attention of the commission this time, and that the Commission will look into the failure at San Onofre with fresh eyes. Ratepayers must not be held accountable for mistakes that should have been paid for by Edison’s management and investors.”

The order to reopen cites statements by The Utility Reform Network or TURN, a ratepayer advocacy group, which stated that the backdoor communications between Edison and Picker meant the settlement process was “fundamentally and irreparably tainted and drove outcomes that are unfair to ratepayers.”

Asked by East County Magazine for comment on the CPUC reopening the settlement agreement, SDG&E’s spokesperson Stephanie Donovan provided this statement: “SDG&E continues to strongly support the SONGS settlement as a good deal for our customers. We believe this latest phase will provide certainty for customers and closure for this proceeding. We will provide additional information for the record to describe the various benefits customers have received as a result of implementing the settlement.”

While Bushey and Sandoval agreed to reopen the Settlement Agreement, they cautioned, “We are also mindful of TURN’s and ORA’s estimate that the actual settlement agreement obtained between $780 and $1.06 billion more for ratepayers than the terms of the ex parte discussions.” That includes about $400 million from a settled insurance claim with Nuclear Electric Insurance Ltd.   The outcome of litigation remains uncertain, they noted.

The original settlement included ratepayer refunds and credits of around $1.45 billion. Edison and SDG&E stopped further collection of their costs for shutdown due to leaks at the facility, returning costs to ratepayers among other terms and split with ratepayers and shareholders 50/50 any future recovery from the pending multi-billion arbitration claim against Mitsubishi regarding costs of the steam generator replacement project.

Charles Langley with Public Watchdogs says the Settlement Agreement will cost the average ratepayer $1,650.  “Instead of explaining to the ratepayers that their electric bills were going to increase by more than a thousand dollars per meter, the bailout architects and spin doctors falsely claimed that ratepayers would be receiving `refunds,’” he claims, suggesting that TURN was complicit along with CPUC representatives in what he characterized as misleading ratepayers. TURN and the Office of Ratepayer Advocates (ORA) have both rescinded their support of the settlement after disclosure of the secret meetings and an ongoing criminal investigation by federal and state regulators, though no charges have been filed.  Included in that investigation are a CPUC commissioner, Michel Florio, who formerly worked for TURN.

The order to reopen the settlement includes a temporary suspension of parties’ obligations to comply with sections 5.1 and 5.8 of the Settlement Agreement, meaning they are not required to support the settlement deal but must provide legal support for their assessment of the agreement and make recommendations for further procedural steps they believe are warranted.  Parties are also asked to address whether the Green House Gas Research and Reduction Program part of the settlement is consistent with CPUC standards for approving settlements and if so, propose a remedy.