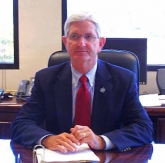 Police and Sheriff officials to arrest all DUI drivers

August 20, 2010 (San Diego)-- While America witnessed a decline in the number of DUI fatalities in recent years, the numbers are still too high. That’s why the Avoid 14 DUI Task Force Campaign will join other law enforcement agencies throughout the country in support of an intensive crackdown on impaired driving this August 20 – September 6, known by its tagline, Drunk Driving. Over the Limit:  Under Arrest.

“All too often, innocent, law-abiding people suffer tragic consequences and the loss of loved ones due to this careless disregard for human life,” said Christopher J Murphy, Director of the California Office of Traffic Safety. “Because of the commitment to end the carnage, Police, Sheriffs and CHP are intensifying enforcement during the crackdown. They’ll be especially vigilant during high-risk nighttime hours when impaired drivers are most likely to be on our roads.”

According to the latest national data, 32 percent of fatalities in motor vehicle traffic crashes involve a driver or motorcycle rider with a blood alcohol content (BAC) of .08 percent or above, averaging one fatality every 45 minutes.

“Our message is simple, if we find you driving impaired, we will arrest you. There will be no exceptions,” said Sheriff Gore. Even if you beat the odds and walk away from an impaired-driving crash alive, motorists should be aware that the financial and social consequences of a DUI can be devastating.

Violators will face jail time, loss of their driver’s license, huge fines and maybe sentenced to use ignition interlocks. Their insurance rates go up. Other financial hits include attorney fees, court costs, lost time at work, and the potential loss of job or job prospects. When family, friends and co-workers find out, violators can also face tremendous personal embarrassment and humiliation.

Sheriff Gore reminds the holiday motorist, “Driving impaired is simply not worth all the consequences. Designate a sober driver; don’t take the chance. Remember, if you are over the limit, you’re under arrest.”

The national Drunk Driving. Over the Limit. Under Arrest. crackdown is led by NHTSA and the California Avoid DUI Task Force Campaign combining high-visibility enforcement with heightened public awareness through publicity.

For more information on local and statewide Avoid DUI Task Force Campaign Enforcement Schedules and Daily DUI Arrest/Fatal Stats, visit the www.californiaavoid.org. The Program is funded by the California Office of Traffic Safety who reminds everyone to please – Report Drunk Driving – Call 9-1-1!

With a special exception being made for Mayor Art Madrid within La Mesa city limits, right?

Lol, yeah it's funny how politicians get away with DUI or other related offenses but the common man gets reemed...