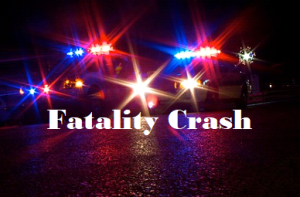 September 21, 2022 (El Cajon) – A 45-year-old man who was the passenger in a Silverado truck that crashed into a brick wall on September 12 has died, says Lt. Darrin Forster with El Cajon Police.

Around 1:57 a.m. on Sept. 12, police officers and paramedics responded to the crash scene at 1576 Greenfield Drive, where a 2020 black Chevrolet Silverado truck had struck a brick wall at a residence. Both the driver, a 37-year-old woman, and the male passenger were taken to Sharp Memorial Hospital with serious injuries.

The male passenger was later pronounced deceased at the hospital. The female driver is expected to survive her injuries, according to Lt. Forster.

After a preliminary investigation of the scene, police believe the Silverado truck was traveling westbound on Greenfield Drive when the driver lost control and collided with a curb and brick wall. It is unknown at this time if drugs or alcohol were a factor in this collision; no other vehicles were involved.

ECPD also reminds drivers to ensure all passengers are wearing their seatbelts and to obey all traffic and speed laws in order to help prevent such tragic accidents.