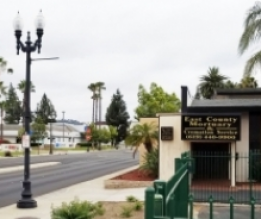 July 1, 2018 (El Cajon) -- The El Cajon Planning Commission again denied the Conditional Use Permit sought by El Cajon Mortuary and Cremation Service to build a crematorium at its existing site near El Cajon’s city center. The vote was 3-0 at the June 19th meeting, with commission members Mroz and Longoria absent.

Zakar originally applied for a permit in 2017 and was turned down by the planning commission; the decision was later upheld unanimously by El Cajon City Council with Councilman Ben Kalasho abstaining on personal grounds.

For background, see our earlier coverage:  http://www.eastcountymagazine.org/plans-proposed-downtown-el-cajon-crema...  and

ECM attempted to confirm with Zakar that the City of El Cajon had offered that his permit could be granted if he were to move his mortuary business to land available near Gillespie Field on the north end of the city, as suggested by the planning commission staff in its report. However, Zakar did not respond to numerous phone messages and an e-mail requesting comment.

Zakar also would not confirm if he plans to again appeal the latest planning commission denial of his permit application before the El Cajon City Council, nor comment on strong opposition to his plans issued by the Downtown El Cajon Business Partners, which represents downtown business owners.