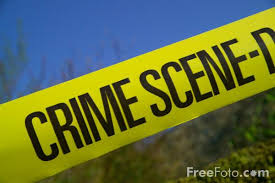 “Some very targeted interdictions help get word out that this is not the place for crime,” Lieutenant Andra Brown told East County Magazine. She attributed those efforts to a 60% drop in gang-related homicides and a 100% fall in attempted homicides. Gang-related drive-by shootings fell 16.7%. Overall gang-related crimes rose slightly (2.4%), though violent gang crimes had dramatic decreases. While most crime rates fell, cases of rape rose 1.3% due to two more rapes than the same period the prior year.

Another key factor behind the drop in crime has been increased use of technology. “This allows us to work smarter instead of harder, so we can be more efficient even though we have some lower staffing levels,” Brown said. “We are also attributing quite a bit to cooperation from citizens and the community. People are being quicker to call us, so we can do preemptive action.”

The Department has also freed up officers’ time through Citizens Online Reporting, a program that allows crime victims to report certain crimes online 24 hours a day, 7 days a week, such as identity theft, petty theft, vehicle vandalism, annoying or harassing phonecalls, and auto burglaries with loss or damage under $5,000. The process also speeds the ability of crime victims to get police reports filed and obtain insurance settlements for damages, Brown noted.

Ok its must godd!