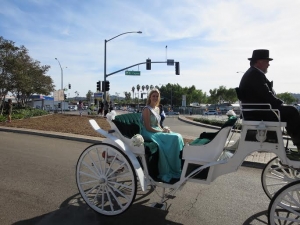 November 24, 2014 (El Cajon)--Traditionally held on the Sunday before Thanksgiving, this year’s Mother Goose Parade in El Cajon was exciting. The day was lightly overcast with a slight breeze, providing a little relief from the warm midday sun. 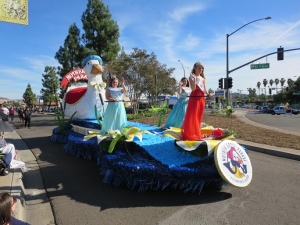 Thousands of spectators showed up to watch this well known parade, which had a major route change this year, crowding Main St. from Ballantyne to Johnson, ending at Parkway Plaza with a Carnival.

Many participants made this year’s event a joy to watch - from eye-catching beauty queens including Miss California Cassandra Kunze riding in a white horse drawn carriage, to some rugged and honored veterans of foreign wars who served this country and fought for our freedom. 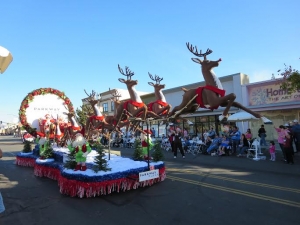 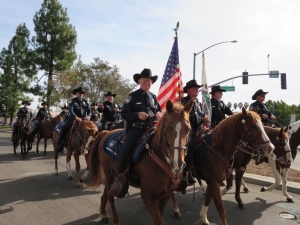 Despite the NFL football game being played at the time, the parade was attended by many from San Diego and beyond. (The Chargers narrowly won 27-24 after a lightning strike interception by the Chargers at their own goal line, which prevented the Rams from a touchdown that would have cost the Chargers the game. Go Bolts!)