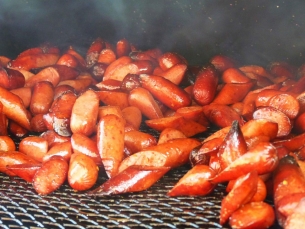 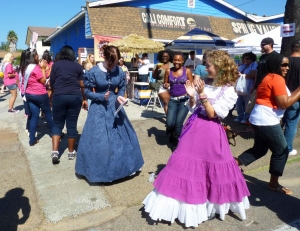 October 17, 2011 (Spring Valley) – Troy Street was packed with people. The air was pungent with the aromas of sweet and spicy smoke from an array of barbecues—some amateurs, some professionals, all fired up for participation in the second annual Spring Valley Tailgate Party and BBQ Festival. Organized by Cali Comfort Sports Bar and the Spring Valley Chamber of Commerce, the second annual event drew a large—and hungry—crowd of barbecue enthusiasts and sports fans. 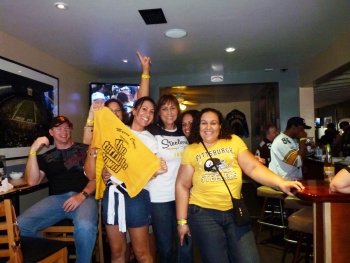 Inside a VIP area in Cali’s recently remodeled famly-style restaurant and sports bar, patrons cheered on their favorite football teams as the action played out on multiple big-screen TVs.

Cali’s, which has has acquired a professional-quality barbecue smoker, served up barbecued tri-tip, pulled pork, and ribs. 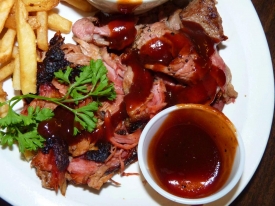 r platter with the pork and tri-tip proved ample in size to split (photo shows just half the entrée), also succulent and delectable.

Outside, attendees savored samples grilled up on everything from backyard barbecue grills, such as a young man sporting a “Boss of the Sauce” apron, to a Texas-sized BBQ smoker fired up by the proprietor of Coop’s West Texas BBQ. (No, you don’t have to travel to the Lone Star State to sample his fare—since Coop’s runs a restaurant in neighboring Lemon Grove.) 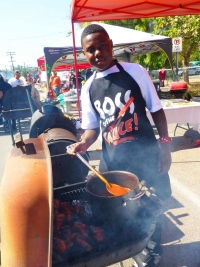 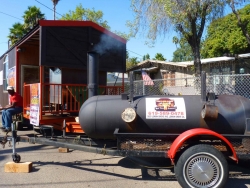 Kids’ sports associations were on hand, along with costumed cast members from Young Actors Theater’s upcoming production of Oliver at the Encore! Theatre in Spring Valley. 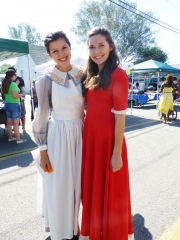 Teen city queens from numerous East County locations, live music, vendors and more combined for a for a fun fall day of feasting and festivities in East County. 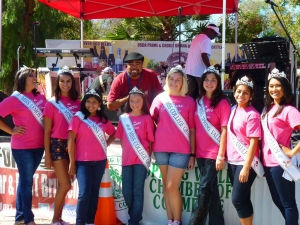 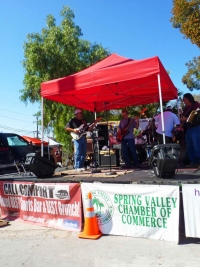 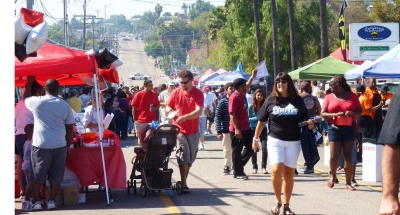 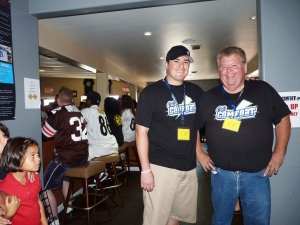