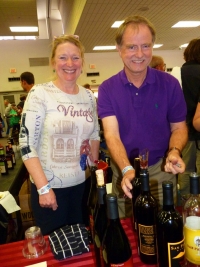 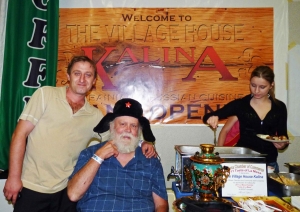 “Next year we’re expanding to host the Taste of the Century,” promised La Mesa Chamber of Commerce president Mary England. Held at the La Mesa Community Center, the savory event will expand across the hall --with room to double the size during La Mesa's centennial celebration in 2012.

This year’s Taste of La Mesa featured some new vendors as well as familiar favorites. 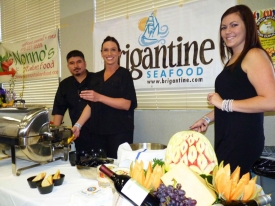 Among our East County Eater’s favorite new “finds” was the Village House Kalina, a brand new, family-owned restaurant serving up heartily delicious Russian and Ukranian foods. Other wonderful new tasting experiences were served up by Cooking on the Bayou catering, the Vine Cottage, San Diego Desserts, and Marcella June’s Coffee.

There was something for everyone here. Ethnic options ranged from savory Himalayan Cuisine to Irish fare from Hooley’s Irish Pub & Grill to Italian entrees from Trattoria Tiramisu and Tarantino Gourmet Sausages. There were fine dining choices such as Brigantine and Sycuan as well as down-home cooking from places such as Cali Comfort Restaurant & Sports Bar. Some had unique combinations; Garden Fresh Grill & Smoothie combines Mediterranean cuisine with healthy options any college kid would love. 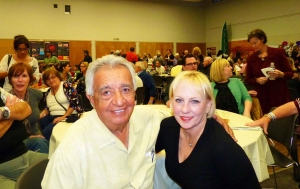 This year, San Pasqual Winery (which has a tasting room in La Mesa) served up a pungeant and pleasing Sangria, along with a variety of wines including their popular Passionfruit variety. Other vendors offered additional locally produced wines as well as beers.

To finish off the feasting, there were various sweet treats—though the most unusual dessert choice came from the Riviera Steak House, back with its popular bacon-topped chocolate cake. 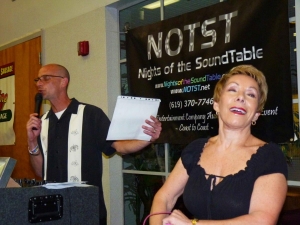 Nights of the Sound Table provided DJ music services to set the festive mood.  The Chamber also gave away thousands of dollars in drawing prizes including a wide-screen TV, Padre tickets, hotel stays, and gift certificates from local merchants.

If you missed this year’s Taste, you can still sample all of the vendors creative culinary concoctions—since all are based right here in La Mesa or nearby East County communities.

Our mouths are already watering in anticipation of next year’s Taste of the Century. Until then, bon appétit!