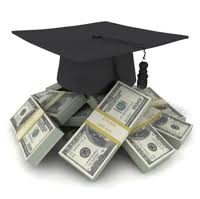 The University of California Regents, who were also slated to meet today to vote on a fee hike for UC students, cancelled the meeting after thousands of protesters had announced plans to converge on the meeting.

UC spokesman Steve Montiel claimed the cancellation was due to “threats of violence and vandalism by some rogue elements” among demonstrators who have joined with the Occupy movement to protest soaring fees.

"Over the course of the last ten years, resident undergraduate fees have spiked significantly at the University of California and the California State University systems, continuing an alarming trend of passing more of the cost of public higher education onto hard working students and their families,” said Lt. Governor Gavin Newsom, a CSU trustee who urged his colleagues to oppose the fee hike...Families are struggling to make ends meet and many who had hoped to afford higher education are rethinking whether college is a realistic option.”

Newsom denounced the board's actions.  "Even more alarming was the manner in which the decision was made. With many members of the Board not even attending the meeting today, and after protesters interrupted the proceedings, the CSU leadership chose to continue behind closed doors with no members of the public or media in attendance."

Newsom is calling on the Board to reconsider its action at a December 5 meeting open to the public and the media.

Groups calling themselves Refund California and Occupy Colleges plan additional demonstrations around the state this week.

CSU Chancellor Charles Reed had said the hike could be avoided if the state would come up with an addition $138 million in funding, according to KMJ news.