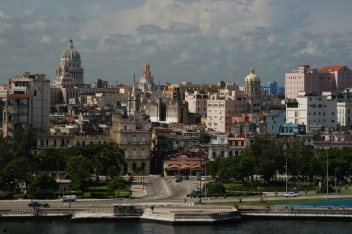 September 30, 2017 (San Diego) — The State Department yesterday issued a warning for Americans not to travel to Cuba after attacks on hotels frequented by U.S. citizens as well as U.S. diplomatic residences and the American Embassy in Havana.  The attacks, which began on diplomatic personnel, have caused hearing loss, ear pain, dizziness, headaches, cognitive issues and other symptoms. The State Department warns that all Americans in Cuba could now be targeted.

Although the source of these sonic attacks have not been identified, the U.S. has ordered departure of all non-emergency personnel and family members from Cuba to protect their safety.  As a result, the U.S. embassy in Havana will provide only emergency services to U.S. citizens, not the full range of services normally available.

American citizens in Cuba in need of emergency assistance should call the Embassy at +(53) (7) 839-4100 or the Department of State at 1-202-501-4444. U.S. citizens should not attempt to go to the U.S. Embassy as it suffered severe flood damage during Hurricane Irma.

Travelers should apprise family and friends in the United States of their whereabouts, and keep in close contact with their travel agency and hotel staff.