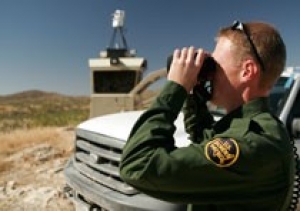 April 2, 2017 (Washington D.C.) -- U.S. Customs and Border Protection has unveiled a new webpage making available to the public data on apprehensions, admissibility, recidivism, and arrests of “criminal aliens” at the border. Information on the page will be expanded to include seizures of drugs, currency, and prohibited agriculture products in the coming months.

But CBP Acting Commissioner Kevin McAleenan states, “CBP officers and agents work tirelessly to facilitate lawful trade and travel while protecting our borders. As the largest federal law enforcement agency, we are committed to forthright communication with the public we are sworn to protect and will continue to provide easily accessible information via our website.”

Consistent with the law and as directed by Secretary John F. Kelly in his Implementation Memorandum, CBP will provide updated statistics on a quarterly basis on information pertaining to individuals unlawfully entering at our borders.

According to the new webpage, on a typical day in 2016:

Total CBP enforcement actions were actually up last year, under President Barack Obama’s tenure, over the prior year.  The CBP encountered nearly 27,000 individuals who had previously been convicted of crimes in the U.S. or abroad and arrested over 11,000, according to the website data.

The site did not define whether the definition “criminal” includes misdemeanors and minor crimes such as false statements made by immigrants on documents in order to obtain jobs.