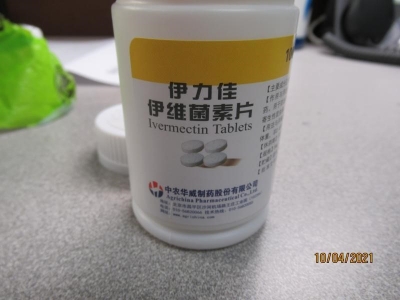 October 6, 2021 (Washington D.C.) – The FBI has warned of federal criminal penalties for using, buying or selling counterfeit COVID-19 vaccination cards. U.S. Customs and Border Protection officers report multiple seizures of fake vaccination cards at international borders, as well as intercepting shipments of Ivermectin and Hydroxychloroquine ills shipped in violation of FDA regulations. The shipments have been turned over to the FDA office of criminal investigation.

The latest seizures occurred at Chicago O’Hare international airport, where four packages containing counterfeit COVID vaccination cards and Ivermectin pills were seized on October 4. Ivermectin, an antiparasitic drug, has killed several Americans who took it falsely believing it to be a COVID treatment.

“The cards closely resembled the authentic Center for Disease Control (CDC) certificates provided by healthcare practitioners when administering the COVID vaccine. The cards appeared to be fraudulent due to their low-quality appearance and other discrepancies. Both shipments originated from China,” U.S. Customs and Border Patrol reports. The packages of fake vaccination cards were labeled as greeting cards and destined for homes in Texas.

Use of fake vaccination cards means users could expose vulnerable people to COVID-19, a potentially deadly virus that kills about 2% of those who contract it and leaves 25% of survivors with long-haul symptoms such as damage to lungs, heart, or brain.

“Our CBP officers continue the fight against these crooks who are using this pandemic to make a profit by selling these fraudulent documents,” said LaFonda Sutton-Burke, Director, Field Operations, Chicago Field Office. “I’m very proud that our officers are able to intercept these dangerous shipments and keep our communities safe.”

While x-raying a package from China, officers noticed some more  discrepancies. The package said it contained decorative beads, but when officers inspected the parcel, they found 1 bottle containing 100 tablets of Ivermectin. Additionally, a second package from Mexico also contained 32 more Ivermectin tablets and 40 Hydroxychloroquine pills. The FDA requested these items  be seized for violating FDA regulations. The pills were turned over to the FDA Office of Criminal Investigation for further investigation. The shipments were headed to Atlanta and St. Louis Park, Minnesota respectively.

This is the third time Chicago CBP has stopped shipments of counterfeit COVID vaccination cards.