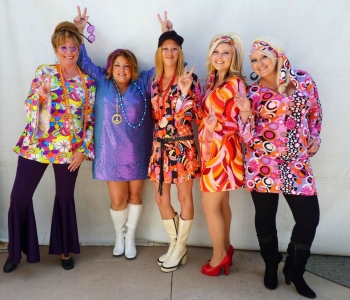 No, this wasn't Woodstock.  It all happened today right here in East County during Grossmont Center’s 50th anniversary celebration, evoking all things groovy from back in 1961, when East County’s first shopping mall was built. 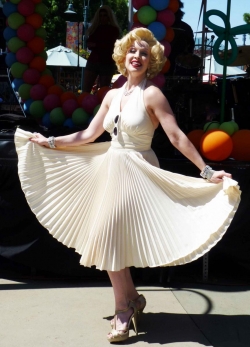 A Marilyn Monroe celebrity impersonator posed flirtatiously as guests checked out vintage automobiles and savored cupcakes baked by Auntie M’s. A local radio station hosted a costume contest, offering up tickets for (what else?) the musical Hair for winners.

A fashion show highlighted current styles from shops such as Charlotte Russe, Macy’s, Prevue and Whatever. While some styles were clearly contemporary, others provided updated twists on styles first popularized in the ‘60s—from mini-skirts to platform shoes (Yes, they’re back!). In addition, volunteers modeled some vintage ‘60s attire and hairstyles, adding to the fun. 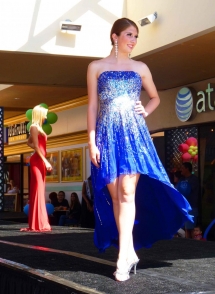 video of runway models showing off gowns from Prevue:  http://www.youtube.com/watch?v=pBzxDctI3AQ.

Clowns, ballons, and a man on stilts delighted younsters present--those too young to recall those wild and carefree '60s. 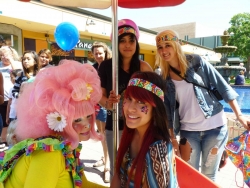 For those who enjoyed Grossmont Center’s 50th anniversary fete, stay tuned! Coming up next year, the City of La Mesa will be celebrating it’s centennial – and is promising to hold the party of the century. 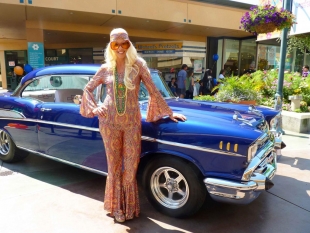 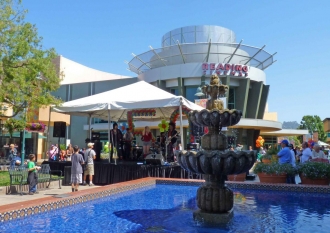 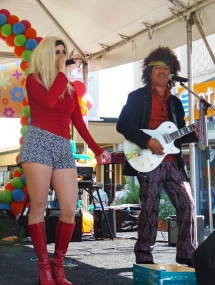 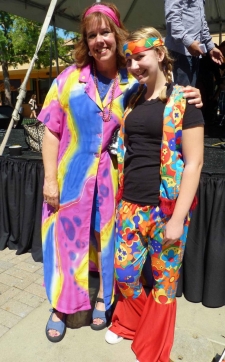 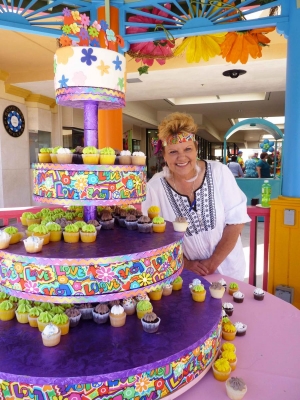