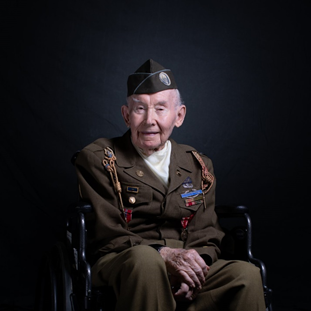 May 17, 2019 (San Diego) – Joseph Reilly, a D-Day veteran who parachuted behind enemy lines in Britain and fought other battles to help liberate Eastern Europe during World War II, has made his first political endorsement at age 97.  Reilly, whose courageous actions were honored by Donald Trump at the President’s State of the Union Address, has endorsed Ammar Campa-Najjar, the Democrat running against indicted Republican Congressman Duncan D. Hunter in the 50th Congressional district.

Hunter has been a strong supporter of Trump on the  campaign and during Trump’s presidency. But Reilly, a former Army private, said in a statement that he is “proud” to support Campa-Najjar because Hunter “has now crossed the line twice. First when he betrayed the public in order to enrich himself, and now again when he  makes such shameful and false attacks in order to hold onto his power.”

Hunter, a combat veteran in Iraq and Afghanistan, is awaiting trial on federal corruption charges. He and his wife are accusing of taking over $250,000 from his campaign and spending it on lavish personal expenditures including family vacations to Italy and Hawaii, jewelry, oral surgery bills, tuition at his children’s private school, and airfare for his son’s pet rabbit. 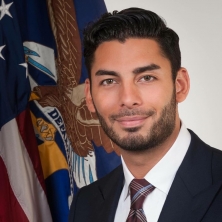 During his campaign, Hunter (photo, left)  attacked Campa-Najjar (photo, right) with campaign ads so blatantly false that the Washington Post ranked them 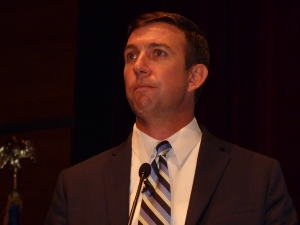 Reilly states, “Attacking anyone for the color of their skin or their religion wasn’t okay 75 years ago, and it’s not okay now.”

Although he has never before endorsed any political candidate, Reilly is no stranger to taking courageous actions.

According to the White House website, “The night before American soldiers stormed the beaches of Normandy, Joseph Reilly and the 101st Airborne Division parachuted behind enemy lines.  He and his fellow soldiers helped secure Utah Beach and the first foothold in America’s liberation of Western Europe.  Joseph also fought in Operation Market Garden, Battle of the Bulge, and the battle of the Ruhr Pocket.”

Campa-Najjar posted on Facebook that he is “speechless and honored” by the endorsement.

Newsweek reports that Campa-Najjar met with Reilly once in the past, and that Reilly has pledged to campaign for him at Veterans of Foreign War chapters.  Campa-Najjar has said that when he met Reilly “I promised him I would work as hard as humanly possible to honor all that he fought for, our nation’s values, our institutions,  and the ability of every American to live with dignity.”

It's time for change. We need people in office (all branches of government and beyond) who are honest and have integrity.