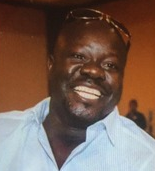 “If one objectively examines the facts, the only reasonable conclusion is that the officer’s actions were legally justified and understandable,” said Dumanis at a press conference today, adding that she personally reviewed the evidence and visited the shooting site.  “I realize this decision will upset some in the community. But it’s also my genuine hope that people can direct the anger into a constructive conversation that focuses on positive change.”

Olango, an African immigrant from Uganda, was fatally shot after his family called 911 seeking help because he was acting erratically and suffering an apparent mental health crisis.  A Psychiatric Emergency Response Team (PERT) was unavailable at the time, so two officers were dispatched.   Video showed that within moments of arriving at the parking lot where Olango was wandering, Officer Gonsalvez advanced on Olango, gun drawn, while his partner aimed a taser.  Olango drew a vaping pen, or smoking device, from his pocket and assumed a shooting-type stance, pointing the device at Officer Gonsalves, who shot and killed Olango in front of his sister.

Dumanis called the circumstances “tragic” but cited a Supreme Court case that found when determining if an officer should be criminally liable in shooting, the most critical factor is whether the officer reasonably believed that his or her life, or the life of someone else, was in danger.

She added, "We are living in a time where the actions of police officers are under scrutiny more than ever,” adding that police officers are increasingly also expected to “deal with the problems that society isn’t effectively dealing with: mental health, drugs, poverty and homelessness.”

Olango’s father, Richard Olango, voiced outrage and anguish at the D.A.’s announcement, during a press conference today convened at the Ebenezer Missionary Baptist Church in San Diego.  “War has been declared on humanity and the battle line has been drawn,” he said.

Civil rights leader Rev. Shane Harris, with the National Action Network in San Diego told East County Magazine tonight, ”We’re not shocked. We expected this. This is why we kept calling for the DOJ (U.S. Department of Justice) to get involved.”

Donald Trump’s nomination of Senator Jeff Sessions as Attorney General, who has been criticized for his record on civil rights issues as a former U.S. Attorney in Alabama, makes federal intervention less likely than under the Obama administration.  So Harris says activists also plan to ask Governor Jerry Brown to appoint a special prosecutor, as New York Governor Mario Cuomo did in the case of Eric Gardner’s death at the hands of police.

“Our outrage is coming not just from the incident, but what led to it,” Rev. Harris adds, noting absence of a PERT team and “protocol we believe was not followed” after three calls reporting Olango’s erratic actions. “They had no kind of plan for that issue.”

Asked what reforms he seeks in El Cajon, Harris calls for the city to establish an independent police review board. He criticized council members including newly elected Democrat Ben Kalasho for failing to support establishment of a citizens’ police oversight board, a move recommended by the County Grand Jury even before the Olango shooting.

He also called on El Cajon Police Chief Jeff Davis to fire Officer Gonsalves, who had a history of sexual harassment claims against him.  Firing Gonsalves “would look like justice to us,” he adds.

Rev. Harris concludes, “We wil hold sit-ins and protests, whatever it takes. We want the City Council to know that this will not die. “This will be front and center on their door step.”

We already know this poor man was in crisis. He has a history of incarceration and knew full well the reaction he would get by intentionally taking a shooting stance! Even if he did not have a real weapon - taking that stance acting like he held a weapon - the officers had no choice when he refused to back down. This was intentional suicide by cop!