Update October 2013:  Jerry Arnold has contacted ECM to advise that charges against him were reduced to distrubing the peace with loud music, for which he paid a fine.  Arnold also shared his side of the story.  "I was executor of the estate. I hadn't been around for nine years. I told the kids they couldn't have a party, but they had it anyway...When police got here, I was breaking up the party.  My son who had the party, I threw him out of the house...To say that I was contributing to minors' drinking couldn't be farther from the truth." Arnold told ECM he knew nothng about the assault on Chris Jones, which did not occur on the property.  He insists that he is not prejudiced and that three of his close family members have black partners or spouses.  He added that when he asked all party guests to leave and did not single out those who were black.  Johnson claims he was innocent of all charges but could not afford an attorney, so accepted the plea bargain offer. 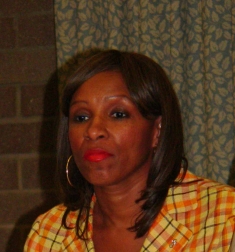 October 9, 2009 (Deerhorn Valley) – The San Diego County District Attorney (D.A.) has filed three counts of misdemeanor charges in the case of an African-American teenager severely beaten by a group of white men last April at a party in Deerhorn Valley, near Jamul.  The home was in probate; the representative of the estate, Jerry Arnold Jr., was charged with allowing minors to drink; his son and a juvenile were charged with vandalizing  the victim's car.

Denise Brown, mother of the victim, is outraged that no charges of assault or hate crimes were filed. “The Sheriff dropped the ball on this investigation, big-time,” Brown told East County Magazine following a hate crimes summit in El Cajon last week. “Those men beat my son. They smashed the car windows. They tried to burn the vehicle with him inside. There were boot prints and hand prints all over the car, but the Sheriff’s Department had it towed and never even took prints.”

The victim, Chris Jones 18, has said he was called racial names before five white men dragged him into a bathroom and beat him.  The attack left teeth marks on his back, Brown told ECM, adding that students from several high schools in the Grossmont Union High School District were at the party.   “One girl at there said those men said they wanted to `go get us a nigger,’” said Brown.

Jones escaped and ran into the woods, where friends found him and helped him into a car. In the vehicle, they were further terrorized by their attackers, who struck the car bottles, rocks, and a metal pipel

“I never been that scared for my life. I thought I was going to die,” Jones’ friend, Aaron Burns, told Channel 10 News in April. 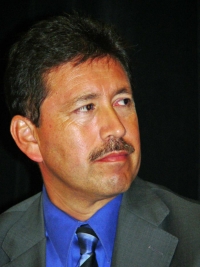 Oscar Garcia, who heads up the hate crimes unit at the D.A.’s office, told Channel 10 News that there was a hate crime and an assault, but that witnesses have failed to identify the attacker(s) despite the fact that there were more than 100 people at the party. He said the office would like to file hate crimes charges, but added, “We don’t have the evidence to charge those crimes.”

Brown also faulted the Sheriff’s office for failing to respond to several calls that the hospital told her it made. “They told the Sheriff’s office that there was a student who had been badly beaten, and that there were about 40 kids there,” she said. When a deputy finally arrived, according to Brown, “He said he didn’t have time to interview all those people.” It took weeks before some party guests were contacted, she said. Brown believes many of the witnesses were willing to talk to authorities that night, but have since been scared into silence by peers, parents, or the perpetrators who beat her son.

Sheriff Bill Gore, who was Undersheriff at the time of the attack, told ECM that his office has conducted a thorough investigation. “We spent hundreds of man hours and interviewed dozens of witnesses,” he said.

Asked why the car was towed without prints being taken, and why witnesses were not interviewed at the hospital, Gore said he wasn’t familiar with all details of the case. But he speculated, “Perhaps the deputy thought he was responding to a motor vehicle accident at first.” Gore added that it’s up to the D.A. to decide what charges should be filed.

Brown expressed outrage at the outcome. “If this had been a white victim beaten by blacks, they would have arrested the whole neighborhood and sorted it out later,” she declared.

Attorney James McElroy with the Southern Poverty Law Center (SPLC) is now representing the family. The SPLC has successfully sued in civil court to put some white supremacist leaders out of business. Notably, McElroy won a large judgement against Tom Metzer of Fallbrook, grand dragon of the Ku Klux Klan, seizing Metzer’s property to compensate the son of a man murdered by racist skinhead followers of Metzer.

McElroy has confirmed to ECM that the family is considering filing a civil lawsuit. “Our goal is to see that justice is done, “ he concluded.