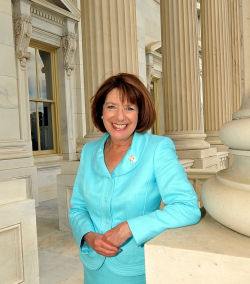 “The S.O.S. Campus Act will create a critical resource for sexual assault survivors – an advocate who will be looking out for their rights and interests,” said Rep. Davis. “This will encourage more survivors to come forward and help create an atmosphere on campuses that these crimes will not be tolerated.”

The independent advocate would guide sexual assault victims who request assistance with:

The services may be provided on campus in consultation with a rape crisis center, legal organization or community-based organization.

It would also raise awareness on its services and prevention.

The bill also prohibits the retaliation, discipline, or penalizing a victim of sexual assault for reporting an assault to the independent advocate.

Congresswoman Davis represents the 53rd Congressional District, which includes La Mesa, Lemon Grove, Spring Valley and parts of San Diego, El Cajon, and Chula Vista. She is senior member of the House Armed Services Committee, serving as the Ranking Member of the Military Personnel Subcommittee.  She also serves on the House Committee on Education and the Workforce.