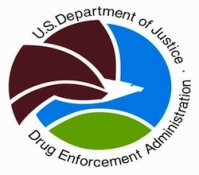 Turn in Unused, Expired or Unwanted Medications on April 27, 2013

DEA and its law enforcement and community partners will give the public another opportunity to prevent pill abuse and theft by ridding their homes of potentially dangerous expired, unused, and unwanted prescription drugs. On Saturday, April 27th, from 10 a.m. to 2 p.m. DEA and its partners will hold their sixth National Prescription Drug Take-Back Day with 39 sites in San Diego and 3 sites in Imperial Counties. The Imperial County locations are as follows: Food 4 Less, 109 W. Birch Street, Calexico, CA; Vons, 750 N. Imperial Avenue, El Centro, CA; and Vons, 475 W. Main Street, Brawley, CA. The service is free and anonymous, no questions asked.

“The reduction of the availability of prescription drugs continues to be a priority for the law enforcement in San Diego County”, says Special Agent in Charge of DEA San Diego William R. Sherman. “The success we have had in our prior Take Back events, demonstrates that keeping these potentially deadly drugs out of the hands of our youth is also a priority for the citizens of San Diego and Imperial Counties.”

For more information about National Prescription Take Back Day or to find a collection site near you, please visit www.dea.gov.