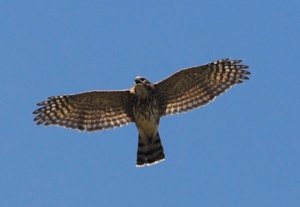 County Vector Control warns residents to protect against mosquitoes
East County News Service
November 13, 2019 (Ramona) – San Diego County environmental health officials announced today that a dead Cooper’s hawk found in Ramona has tested positive for West Nile Virus. It is the second case of West Nile Virus found in birds locally this year; in March another dead Cooper’s hawk found in Lakeside was also found to carry the virus.
No locally transmitted cases have been identified yet this year in humans, though two people did test positive for the virus after contracting it in other counties. Symptoms of West Nile can include headache, fever, nausea, skin rash or swollen glands. While most people recover, in about one of every 150 cases, the disease can cause serious illness including brain swelling or even death. 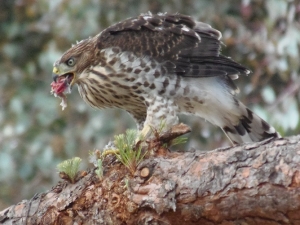 County Vector Control officials are warning residents to protect against mosquitoes which also carry the virus and can transmit it to humans or animals through bites.
Dump out standing water daily from items such as buckets and plant saucers, to eliminate potential mosquito breeding areas.  Mosquito fish are available free to residents with ponds or other standing water sources.
Wear long sleeves and pants when outside or insect repellent containing picaridin or oil of lemon eucalyptus.
Do not handle dead birds. Instead, report dead birds as well as mosquito activity to Vector Control at 858-694-2888.
Find more information at sandiegocounty.gov/content/sdc/fightthebite.html