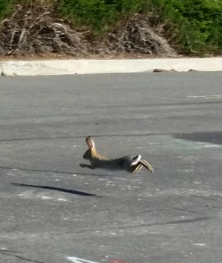 December 30, 2021 (San Diego) -- An extremely contagious disease which is nearly always fatal to wild rabbits and hares as well as pet bunnies has spread throughout San Diego County and the western United States.

Rabbit Hemorrhagic Disease Virus Type 2 (RHDV2) was first seen in a wild rabbit in the county in June 2020. Since then, nearly a dozen more rabbits have tested positive for the disease locally. But there are likely many more cases, since the state and county lack resources to test the growing number of dead rabbits reported.

A La Mesa resident recently posted on NextDoor about discovering a dead rabbit near the La Mesa Village, leading to speculation that the disease may have taken the rabbit’s life, and concerns about what the next protective steps should be.

RHDV2 is a viral disease that affects both domesticated and wild rabbits. According to the California Department of Food and Agriculture, morbidity and mortality rates from the disease are high. It has caused dramatic declines in some wild rabbit populations.

While there is a vaccine available for pet rabbits, wild rabbits are at great risk.

RHDV2 spreads across county and state

Dr. Deana Clifford, a senior wildlife veterinarian from the Wildlife Health Lab with the California Department of Fish and Wildlife, said that the virus was first detected in the county on June 9, 2020 in a desert cottontail from Poway. Since then, the health lab has tested 23 more wild rabbits from around the county, with 11 more turning up positive. 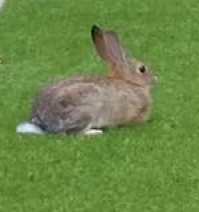 The wild rabbits found to have died from RHDV2 – black-tailed jackrabbits and desert cottontail -- were located in Santee, at the Rancho Jamul Ecological Reserve, Borrego Springs, Canada de San Vicente Ecological Reserve in Ramona and other sites in Ramona, Alpine and Campo.

The DFW has a phone number to call at (916) 358-2790 ) and a dedicated website (https://wildlife.ca.gov/Conservation/Laboratories/Wildlife-Health/Monitoring/Mortality-Report) for people to report finding deceased wild rabbits, Clifford said.

As of Dec. 29, the department has had 149 reports of dead or sick rabbits filed with its reporting system since the start of the outbreak in 2020. Statewide, the DFW had received 975 reports of dead rabbits from messages left through its online system.

Clifford said while the wildlife lab tests periodically to see if the disease is still active, it cannot test every animal reported. The state remains interested in reports from San Diego County as it monitors the long-term impacts of the disease on rabbits.

How the deadly disease spreads

The Department of Fish and Wildlife reports that RHDV2 is extremely contagious between rabbits and that it is spread through direct contact with infected animals, carcasses, bodily fluids and hair.

The virus can stay active in the environment for up to three months. Additionally, food, bedding, water, flies, fleas and mosquitoes can carry the virus between rabbits.

The incubation period is one to five days, and rabbits are often found dead with no clinical signs. The DFW reports that some chronic cases have been documented, and that death can occur within one to two weeks, with the rabbit being contagious the entire time.

Some rabbits can also be asymptomatic carriers – spreading the disease for months without ever becoming sick themselves.

While there is no evidence to suggest that humans are susceptible to RHDV2 – either by direct contact or by ingestion – people can unknowingly spread the disease if they encounter an infected rabbit. The virus can stay active for months in a rabbit carcass.

According to the RHDV2.org website, which is dedicated to informing the public about the disease, the virus kills up to 80 percent of infected animals. It says that the loss of wild rabbits will negatively impact food webs, ecosystem health and hunting opportunities.

"It seems like it has become endemic here," Mikolon said. "We were hoping it was going away because we hadn't seen any cases for a few months, but it does seem like it's coming back." 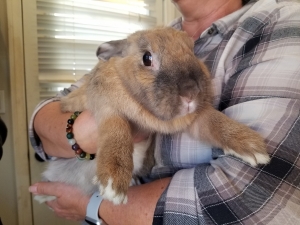 Mikolon said that regardless of whether people can afford the vaccine, private rabbit owners need to be aware of how to best protect rabbits. The CDFA offers fact sheets that can provide necessary information:

Mikolon said that statewide since July 2020, there have been 57 domestic rabbit cases documenting RHDV2, one of which was a feral domestic rabbit.. She explained that number covers households with rabbits, so since many people have more than one rabbit, the number is likely far higher than 57.

The first case in San Diego County was confirmed in March 2021, with rabbits likely affected starting in late February. She said that because of confidentiality protocols with diseases, the state is not allowed to reveal the city or where in the county the domestic RHDV2 case was.

The most recent known last domestic rabbit case in San Diego County was diagnosed in May 2021, she said.

Jennifer Lee with the nonprofit San Diego House Rabbit Society is also sounding the call for vaccinations of domestic rabbits. The group will have a vaccination clinic on Jan. 22 at its site on Mercury Street.

“We are worried about people making sure they follow the process of keeping rabbits indoors, making sure their rabbits are vaccinated and know that it is a yearly vaccination that needs to be boosted to protect pet rabbits,” Lee said.

The early versions of the RHDV2 vaccine came from overseas; one version was a one-and-done with a yearly booster needed. However, an experimentally approved Medgene vaccine out of South Carolina has been making its way to U.S. veterinarians. Those must be given in two doses initially, 21 days apart.

Lee said the San Diego House Rabbit Society helped galvanize local rabbit-savvy veterinarians to get the initial RDHV2 vaccines into the county in the summer of 2020, not long after the first reported death of the wild rabbit. Vaccines first were imported from Europe; they are now manufactured in the United States as well.

A spokesperson at the Avian & Exotic Animal Hospital on Morena Boulevard said it was vaccinating up to 12 domestic rabbits a day in 2020, but that number has dwindled to two to four a day now. The hospital has been using the European vaccine throughout 2021 but is expecting to get the U.S. vaccine in January.

Signs and symptoms of the disease typically include loss of appetite, lethargy, high fever, seizures, bleeding (from the nose, mouth or rectum), difficulty breathing and sudden death.

The California Department of Food and Agriculture recommends that rabbit owners prevent contact with wild rabbits and jackrabbits, and if possible, keep domestic rabbits indoors in areas with known disease.

In addition to yearly vaccinations, the CDFA suggests other ways to protect domestic rabbits:

*Keep your rabbit indoors -- no outdoor playtime or living outdoors

*Do not let your rabbit come into physical contact with other rabbits from outside your home;

*Wash your hands before and after handling your rabbit;

*Change your clothes if you have come in contact with other rabbits;

*Disinfect shoes and other objects that may be contaminated;

*Quarantine any new rabbit in the home for at least 18 days;

The disease seems to be less prevalent in the spring and summer, then picks up in the winter months, not hindered by freezing temperatures, Clifford said.

How to dispose of a rabbit carcass

The DFW advises that if a dead wild or feral rabbit is found that the proper protocol would be to handle the body with latex or nitrile gloves, then double bag the rabbit and spray the outer bag with a 10 percent bleach solution (½ cup of bleach to one gallon of water), let it dry for 10 minutes and dispose in the trash. The DFW also suggests taking the bag to a landfill or an accepting facility. The bag can also be buried at least 3½ feet deep.

After disposal, the DFW said it is then safe to remove the gloves, bag them, spray that with bleach solution and discard, then spray the bottoms of shoes or any other surface that may have come into contact with the rabbit’s bodily fluids.

The disease has been reported in the western part of the United States, as far north as Montana and down south into eastern Texas.

The U.S. Department of Agriculture has an interactive map that shows the spread of the disease in domestic, feral domestic and wild rabbits across the U.S. at https://usda-aphis.maps.arcgis.com/apps/webappviewer/index.html?id=37791da88ef04cd08404a5794aaf0be3

The Wildlife Health Lab first began monitoring the situation shortly after the disease was detected in Arizona and New Mexico, in April 2020.

Clifford said that she had spoken with the state wildlife vets for Arizona and Colorado “about how the disease was manifesting in their states and starting to think through what California would do.”

She said the disease moved incredibly fast across the southwest states, spreading roughly 1,500 miles within 10 months.

On May 7, 2020, Clifford said she received a call from a biologist doing surveys near Palm Springs, that his team had reported nearly 50 dead black tailed jackrabbits over a few weeks’ time. The biologist’s team confirmed that the virus was present and causing rabbit mortalities in California.

Most recently, on Dec. 28, the California Health and Food Safety Laboratory system at UC Davis confirmed a black tailed jackrabbit from Hollister in San Benito County died from RHDV2.

In response to the concerns about the disease, the San Diego Humane Society has created a comprehensive protocol for admission and medical evaluation of rabbits to help prevent the spread of RHDV2.

The San Diego Humane Society’s Ramona Wildlife Center is not admitting rabbits from the Ramona area.

But Nina Thompson of the SDHS said that rabbits from San Diego County that are not from Ramona can be admitted to the Pilar & Chuck Bahde Wildlife Center in San Diego at its Gaines Street campus. There, they will be quarantined according to the current protocol.