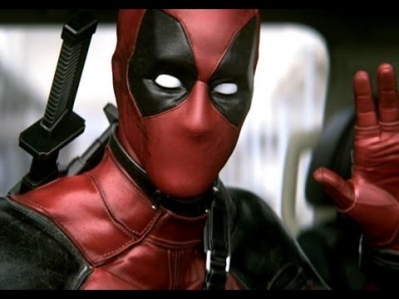 Reprinted with permission from The Moderate Voice

February 20, 2016 - It’s been a couple of days since I’ve watched the film and the key question I have about Deadpool is whether I would have loved it as much if it was released in 2008, the same time as Iron Man. I really don’t know the answer to that question.

Here’s the thing – I loved this film. Deadpool and Mad Max: Fury Road have made me so bullish and excited about the future of cinema and the creativity of Hollywood because, just like Fury Road, I’ve not seen anything like Deadpool.

Wait, that’s a lie – I’ve seen many films like it. And that’s the point – this film has the same DNA as parody flicks such as Scary Movie and I also feel a hint of Airplane! But the gags are not really all that visual, rather self referential. The film also plays out like you would expect a Marvel comic book film to, but this time it just has a lot more bloody, brain matter, swear words and… well, dick jokes.

Those subtle difference may seem small on paper, but they make a huge difference. It was like a light bulb went off in my brain. Of course blood and brains should splatter out of someone if you shoot them point blank in the head, no?\

Importantly, I cannot remember the last time I was at a cinema and the whole room was laughing hysterically. I’m not exaggerating – it was hard at times to catch dialogue simply because everyone was laughing and I had tears in my eyes doing the same.

This film refused to take itself seriously, but in doing so it added weight to what was happening on screen. Its ‘f**k you’ manner made me love its characters more, it made me care about the revenge story and, just as importantly, it made me not give a damn about its mishaps.

I hate doing this but let me talk about the bad stuff… quickly. The villain, Ed Skrein, was very ‘meh’. The henchwoman Gina Carano was super ‘meh’. You know what though, I really didn’t care.

Ryan Reynolds deserves some sort of award for his turn here. Not since Iron Man have I seen an actor so perfect for a role. You can feel that this role was more than just a job to him and it pays off massively. Almost every single thing he does in this movie is gold. The beautiful Morena Baccarat and the not so beautiful T.J. Miller are also stand outs, as is Stefan Kapicic as Colossus (congrats if you knew this X-Men before the movie). But all of the supporting cast members are afterthoughts next to Reynolds – he is so bloody good.

Everyone apart from Dopinder the taxi driver.

Deadpool was simply a joy. It feels like a perfect comic book movie, released at a perfect time.

I am nervous though – can they carry this magic along to the second film? We all know what happened to Iron Man 2.