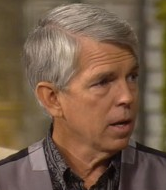 Update May 4, 2017:  Two of East County's four mayors have pulled out of the East County Mayors Prayer Lunch, after the Freedom from Religion Foundation sent a letter to the mayors asking them to cancel their planned attendance. The First Amendment watchdog group, which learned of the prayer lunch from our report, contends that the event violates the Constitional requirement for separation of church and state. The foundation's letter hints at legal action.

May 1, 2017 (El Cajon) – Multiple East County leaders are speaking out to voice opposition to David Barton, a debunked “Christian Nation” advocate, speaking May 4th at an East County Mayors Prayer  Lunch at the Crystal Palace in El Cajon.   Barton has  long claimed that the Founding Fathers did not  support a separation of church and state. His book, The Jefferson Lies, was pulled off the market by its publisher after conservative Christian scholars exposed many falsehoods.

Barton  is listed as an extremist on the Southern Poverty Law Center’s watch list for his virulent anti-gay views.  He has also drawn fire for anti-Muslim remarks and some stances views as racist. He has advocated to remove civil rights leader Martin Luther King and farmworkers organizer Cesar Chavez from school text books.

In a recent interview with Christian Broadcasting Network, he urged Christian Evangelicals that they have a Biblical “duty” to vote for candidates who will support anti-abortion judges and who oppose equal rights for LGTBQ individuals.  “It’s not your vote. It’s God’s vote,” he stated. On his  Wallbuilders Live radio show,  he claimed that the same “evil” responsible for the Holocaust is today responsible for the “homosexual lifestyle.”

Just who is behind inviting Barton to speak at a function with local governmental leaders is unclear.  But his appearance has prompted a backlash.

The luncheon is  being promoted by local churches, conservative political insiders and the East County Chamber of Commerce, but president Eric Lund told East County Magazine it is not a Chamber event.  The RSVP phone number goes to an employee at a local car dealership, who has not returned  our call asking who is organizing the event.  Several local political insiders have said  off-record that an evangelical church is behind the event.  Another said a prominent conservative politician is the driving force.

Lemon Grove Councilmember Jennifer Mendoza said the event has always been held on the National Day of  Prayer.  She said Foothills Church has collected money for this year’s event.  The church’s website does not list the event.

“I  belong to the Lemon Grove Interfaith Association and we bought a table,” she said, adding that she pays her own way.  “I’ve gone before and it was just a bunch of East County pastors and the public praying for our cities…Last year, there were Muslim groups in attendance and we have several Hispanic churches sitting at our table.”

She adds, “ I had no idea who the speaker was. Usually it’s a local pastor who speaks.”

Mendoza added, “I cancelled my attendance at this lunch. I can’t support this guy.”  She said she advised “in no uncertain terms” her reasons for cancelling, also notifying “my local Lemon Grove contingent to know why I wasn’t attending, as well as our mayor.”

Several years ago,  El Cajon resident Ray Lutz, then president of the East County Democratic Club,  wrote a letter to El Cajon’s City Attorney that resulted in Wallbuilders’  videos being taken down off El Cajon’s public TV website.  Lutz contended  that religious videos on a government site violated the U.S. Constitution.  The videos  covered the history of pastors in America, "God in government", and one claimed that African-Americans should vote Republican because Lincoln, a Republican, freed  slaves during the Civil War.

Regarding Barton’s appearance at the local mayors’ prayer breakfast, Lutz said, “That sounds like the typical East County violation of separation of church and state that they’ve been doing for years. It’s said to see that David Barton is still around.” He recalled that El Cajon played his videos daily for years until Lutz’s letter.  “That’s really what started Citizens Oversight,” he said of the nonprofit he started which has since taken on major battles ranging from voting integrity to San Onofre nuclear easte issues.

Lutz told ECM that he is “very concerned about this as our East County area is largely controlled by the large mega churches.”  He added that he expects to write letters voicing concerns and will “probably investigate if any city is playing the fake-history David Barton videos that promote church-state integration and extreme and intolerant values.”

The invitation states, “Your opportunity to join the hands-on collaborative efforts of government, business, and church officials working together to meet the needs of our cities.”

The webpage for the event describes Barton as “Founder and President of WallBuilders, a national pro-family organization that presents America’s forgotten history and heroes, with an emphasis on our moral, religious and constitutional heritage,” a description with which many critics including historians and conservative religious scholars would differ.

Some of the “history” he presents  is, in fact, fiction.

Just how inaccurate and extreme are Barton’s views and writings?

Warren Throckmorton and Michael Coulter, professors at Pennsylvania’s Grove City college, published a detailed refutation of Barton’s book on Jefferson. Both are conservative Christian scholars at an institution that touts the “ethical absolutes of the Ten Commandments and Christ’s moral teachings” among other Christian values.

Yet Throckmorton found Barton’s claims on Jefferson disregarded objective facts.  He also found that Barton’s hate speech toward gays has been cited by another extremist claiming the First Amendment doesn’t protect non-Christians and advocating for a Ugandan bill calling for death for homosexuals.

Barton has falsely insisted that  our founding fathers “had the entire debate on creation and evolution” and chose creationism.   However Charles Darwin didn’t publish his theory of evolution until  1859, over 50 years later.  Similarly, he has claimed without substantiation that the Constitution contains Biblical references.

He falsely claimed Jefferson helped fund production of an early Bible printed in America, when in fact Jefferson merely ordered one copy of the Bible to add to his vast collection of books.

Throckmorton, in an e-mail to ECM, provided evidence that Barton was also untruthful about his academic background.

"Barton recently claimed to have an earned PhD but it came from a diploma mill in FL. He never actually attended the school, "Throckmorton wrote. "Please see these posts: http://www.patheos.com/blogs/warrenthrockmorton/2017/03/09/six-months-later-david-barton-still-hasnt-explained-earned-doctorate/.   He also claimed to play Div. 1 basketball for Oral Roberts Univ. which isn't true. http://www.patheos.com/blogs/warrenthrockmorton/2015/02/25/oral-roberts-university-there-is-no-record-of-david-barton-ever-playing-basketball-for-oru/.  He has engaged in academic fraud but has not yet been held accountable by any Christian organization."

Barton falsely claimed President Ronald Reagan opposed gun control even after he was shot in an attempted assassination.  In fact, Reagan wrote an editorial published in the New York Times supporting the Brady gun control bill in Congress.

In opposing having school children learn about Martin Luther King Jr. as an advocate of minority rights,  Barton stated that “only majorities can expand political rights.”

Barton was once named among Time Magazine’s 25 most influential evangelicals in 2005, but has since fallen from grace in the eyes of many religious and political leaders due to his extremist views and lack of credibility.

Journalist Garrett Epps wrote in The Atlantic, “For at least the past 20 years, Barton has been a tireless producer of books and pamphlets designed to demonstrate that America was founded by Christians and should be governed by Christians, that the separation of church and state is a myth, and that Protestant Christianity should be  a part of government. In that time, he has come to occupy a position of influence with the Republican Party . (He’s been a consultant to the national Republican Party.)

“ His success is appalling,” Epps concludes, “first because he is not a historian of any kind (his sole degree is from Oral Roberts University in religious education), and second because, even by the standard’s of today’s right wing, he is an obvious crackpot.”

Barton did not respond to our request for comment.