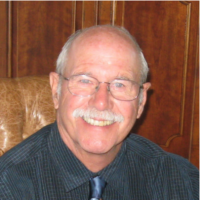 December 7, 2020 (Ramona) – Thomas Ace, 73, an incumbent on the Ramona Municipal Water District Board and former Lakeside Fire Protection District Chief, died October 24.  He still received the most votes in the November election for the water district’s Division 3 seat, with 1,766 votes to defeat Rex Schildhouse, who got 1,654 votes – a margin of just 112 votes, according to the election results certified Dec. 3 by the San Diego County Registrar of Voters.

The water district’s board of directors has the option to fill the vacancy by appointment, or call a special election. Options will be discussed at the next board meeting Dec.8 at 2 p.m., which will be held virtually due to the COVID-19 pandemic, the board agenda indicates.

In the past, the board has filled vacancies by appointment, to avoid the cost of a special election. Ace had served on the water board for six years, following a 28-year career with the Lakeside fire district.

Schildhouse, a retired Navy officer, was previously elected to the board in 2013 but resigned the following year after learning that a Grand Jury declined to investigate complaints he had filed against fellow board members, staff and legal counsel.  The San Diego Union-Tribune reported that Schildhouse alleged he was improperly silenced from speaking by the board chair, who denied wrongdoing.

Ace last posted on his Facebook page less than two weeks before he passed away, showing an image of himself vacationing in Yosemite National Park. According to his Facebook page, he was originally from Camp Hill, Pennsylvania, studied biology and chemistry at Ottaway University, and was the membership officer at the Biggs HOG Chapter, a motorcycle club, in addition to serving as Treasurer on Ramona’s water board.

While winning an election after death is rare, it has happened elsewhere: