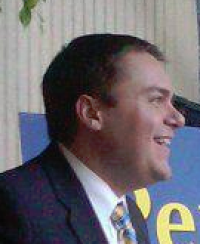 But now DeMaio, a Republican, has filed paperwork with the Federal Elections Commission to launch a super PAC. It’s called New Generation Leadership Fund, with DeMaio as its agent and manager.

Since the controversial Citizens United ruling by the U.S. Supreme Court, super PACS are allowed to raise unlimited funds from corporations and labor unions as well as individuals to spend on political campaigns.

The only limit is that the PAC is prohibited from coordinating with candidates or contributing directly to their campaign committees. They must spend the money through independent expenditure campaigns.

In an interview with KPBS, political science professor Gary Jacobson at the University of California, San Diego said that DeMaio could potentially start the super PAC, hand it off to someone else and start raising money as a candidate himself.  Thus he could discuss campaign strategies with supporters before the non-coordination rule would kick in after he declared his candidacy.

He could even ask backers to donate to the super PAC—and transfer any unspent funds from his last campaign, which is about $69,000.

DeMaio has not said if he is planning another run for political office, or if he simply aspires to be a power broker by controlling a Super PAC.