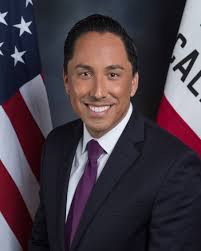 March 5, 2020 (San Diego) – With 100% of precincts counted but some mail-in ballots remaining to be counted, Democratiic party-endorsed candidates are leading in the San Diego mayoral race and three of the five city council races.  A fourth race has a non-endorsed Democrat on top, while a fifth is currently tied.  The top two contender in each of these races will run off in the November general election.

Assemblyman Todd Gloria has the lead in San Diego’s mayoral race with 40.2%.  Gloria is endorsed by the Democratic Party.  Councilman Scott Sherman, the Republican-backed candidate, has 25.2% and appears likely to make it into the November run-off, leading Barbara Bry, who has 23.6%.

In District 3, nonprofit leader Stephen Whitburn, the Democrats’ endorsed candidate, has 30.1% and will run-off against Toni Duran, who was not endorsed by either party.

District 5 has Deputy City Attorney Marni von Wilpert, the Democrat-backed candidate, and small business owner Joe Leventhal, the Republicans’ choice, in a dead heat at 38.7% each.